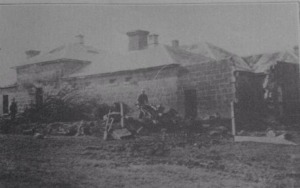 Morgan, who murdered a little girl named Margaret Nolan, at Panmure, near Warrnambool, has been committed for trial, and taken to Portland Gaol. Large crowds of people followed him and hooted him. When he was escorted on board the steamer to be taken to the gaol the police had hard work to keep back the crowd, who threatened him with open violence. From evidence in the possession of the police, there is no doubt he is the same person who murdered a little girl named Alice Hughes at Bridgewater, on March 16, 1859, as the descriptions of the man who committed the last-named murder tally accurately with those of Morgan. The murderer is greatly depressed, never speaks, and refuses food.