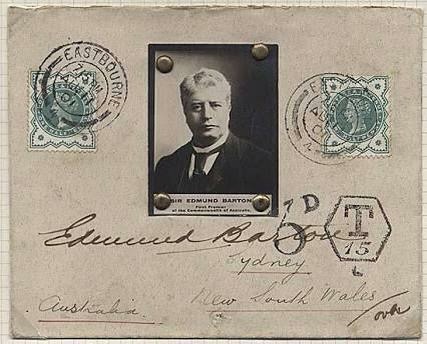 Sir Edmund Barton, was an Australian politician and judge. He served as the first Prime Minister of Australia and became a founding justice of the High Court of Australia. Barton first became an MP in 1879, in the Parliament of New South Wales. He contributed solidly to the federation movement through the 1890s, eventually contesting the inaugural 1901 federal election as head of a caretaker Protectionist Party federal government. No party won a majority; however, the government was supported by the Australian Labor Party, against the opposition Free Trade Party. Barton resigned as Prime Minister in 1903 to become a judge of the High Court of Australia, serving until his death in 1920.

The Execution of Basilo Bondeitto – 1876 SOUNDS OF THE CIRCUS – 1912
Scroll to top Book online now!