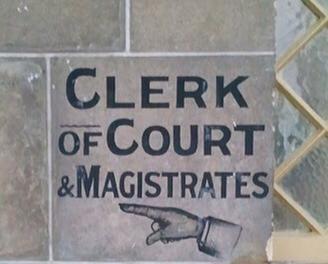 Charged with having attempted to murder his wife, Beatrice Miller, on the 23rd of December, Walter Wells Miller (48), painter of Earl-street Windsor, was placed on remanded by Mr. F. Wilmot to appear at the Prahran Court on the 2nd of January. Bail was fixed at £200 with one surety of £200. Detective-Sergeant Piggot asked for the remand until the 2nd of January, when, he said he expected to be able to proceed. ‘There have been strained relations’ he stated, ‘between this man and his wife. She sued him for maintenance. He went away for a few weeks but returned to her and they have recently been getting on fairly well, though there is another woman in the case. Two other people— a man and a woman— occupy front rooms in the house. They were still in bed when Miller got up a few minutes before his wife on Tuesday morning. She prepared the morning meal, pouring some milk into her own cup. She says that her husband poured the tea into the cup. He says that he is not sure about this. It may have been that morning or the previous day, that he poured out the tea. Mrs. Miller left the room for a few minutes, and, on returning, took a sip of tea. Miller then went to work, and she drank the major portion of the tea. Almost immediately, she felt ill. As she grew worse, and showed symptoms of poisoning, she called out for assistance, and the man and woman in the front rooms gave her an emetic. In this way she got rid of most of the poison. A doctor was sent for and he took possession of the cup, which contained a white or greyish mixture. It was sent to the Government analyst, who has reported that it contained a poison. The woman was sent to the Alfred Hospital, where she is how out of danger. Mrs. Miller states that, on at least two previous occasions, she has experienced symptoms of poisoning. Asked by Mr. Wilmot if he had an objection to the remand, Miller replies ‘I am not guilty. That’s all I know.’