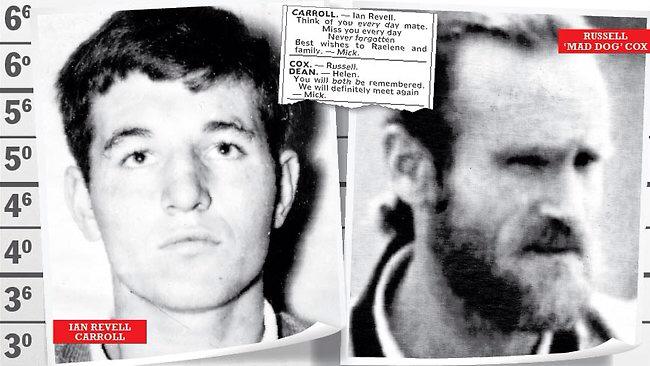 DESPITE the nickname reporters gave him, Russell “Mad Dog” Cox was cool and calm for a dangerous armed robber – and not without humour. But Australia’s once most-wanted man might not see the funny side of having his name published in newspaper In Memoriam notices yesterday. The apparently harmless notice in the Herald Sun names Cox and his wife, Helen Deane, then states: “You will both be remembered. We will definitely meet again.” It is signed “Mick”, though readers should not assume this means it was placed by colourful Carlton crane hire identity Mick Gatto. But they can assume it is an implied threat. There are two clues. One is that Cox and Deane are alive, in Queensland. The other is the subject of the notice placed directly above the one for Cox and Deane.