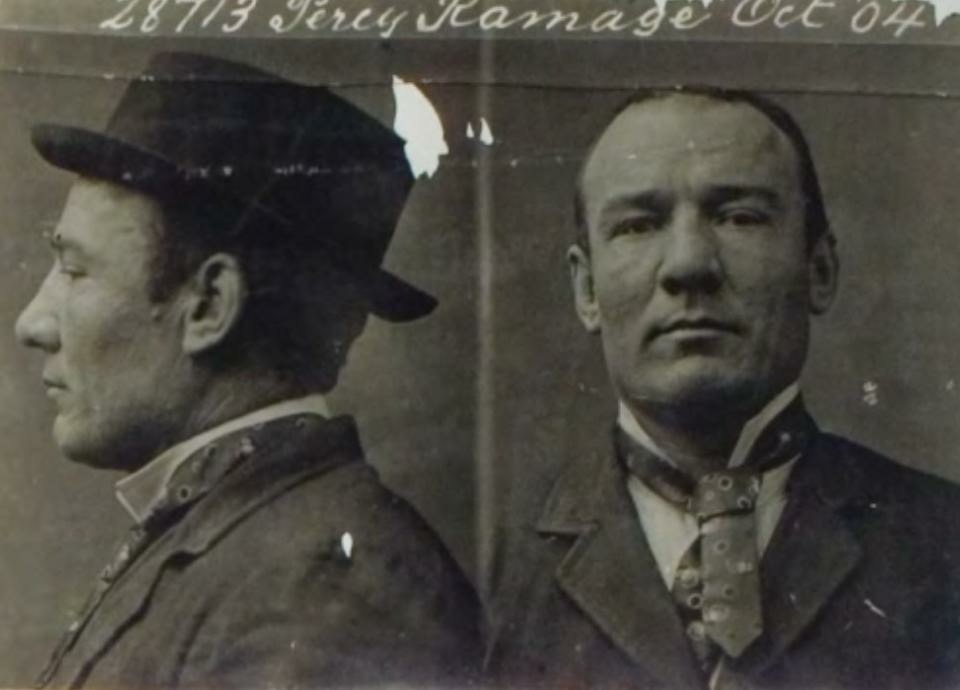 Percy Ramage assaulted a fellow-prisoner in Geelong Gaol on this day in 1902. Ramage was ordered to be dealt with by the visiting justices, but was allowed to go back to work. He abused Warder Barker, and was removed to his cell by two warders. On the way he bolted along the corridor, seized an axe from a prisoner named Fahey, and rushed for the corridor with the axe. The iron doors at each end were closed, thus enclosing the prisoner, who was only with great persuasion induced to give up the axe. He was locked up in a cell, but shattered the globe of the incandescent lamp in it, and attempted to cut his throat with the pieces. Afterwards, when handcuffed, he threw himself over a railing 40ft from the floor, but was saved from death by the handcuffs becoming entangled in the ‘railings.