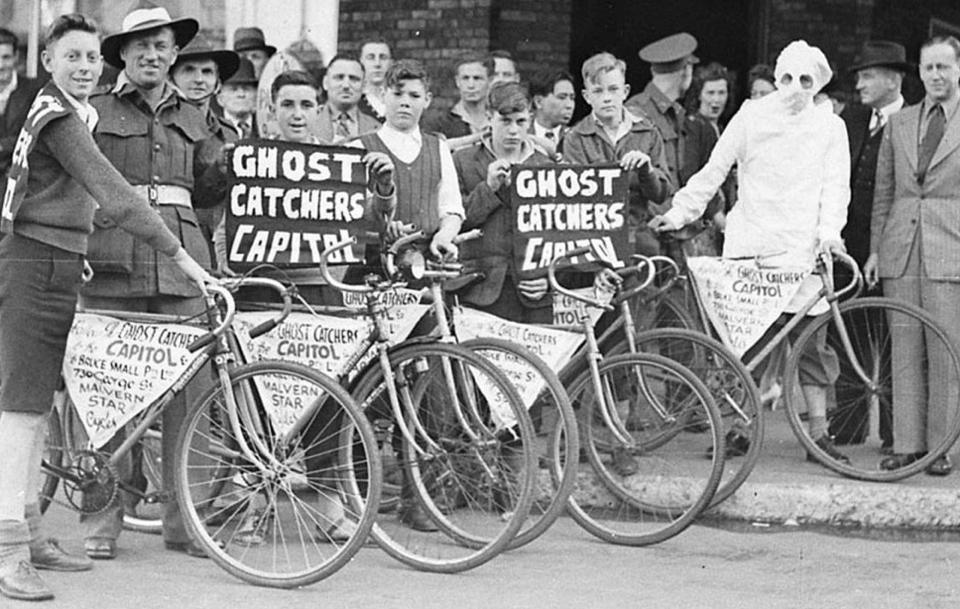 In November 1944, a group of boys on bikes tore through Sydney in pursuit of a ghost. Sadly it wasn’t the real-life inspiration for Ghostbusters, but a publicity stunt for the new film Ghost Catchers, which had opened at the Capitol Theatre. The scariest thing about the US musical-comedy, starring vaudeville duo Olsen and Johnson as “sleuths who clean out some pugilistic ghosts from the home of wide-eyed neighbours”, was its Aussie reviews. Women’s Weekly deemed its “bodies in closets, screams and gunfire” as “too much of a good thing”, the Sydney Morning Herald complained the pair’s schtick “is wearing thin”, while the Advertiser decried it as “strictly juvenile fare … entirely devoid of rhyme or reason”.