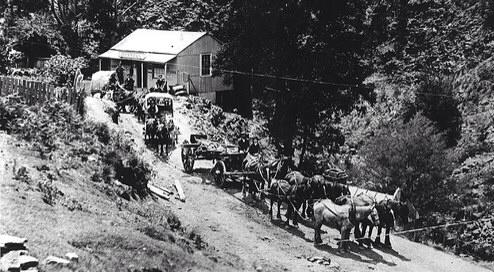 John Barber, aged 24, attacked his wife, failing in an attempt to murder her, in a house at Mount Evelyn on this day, John Barber, fatally wounded himself with a sawn-off pea-rifle. Barber’s wife was working as a domestic at Mount Evelyn, and he went to see her. A quarrel occurred, and Barber produced a pea-rifle and aimed it at his wife, who was nursing a baby. She struck the barrel upwards, with her arm, and the bullet lodged in the ceiling. Barber then struck at his wife with the stock of the rifle. She fled, and on hearing another shot she returned to the house, and found her husband lying seriously wounded on the floor.