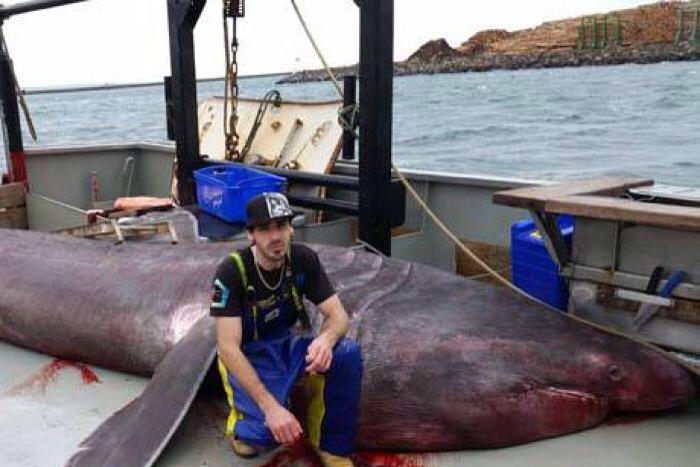 On the 23rd June 2015, a 6.3-metre basking shark was caught by a trawler at Portland, west of Warrnambool, Victoria. It was a big male, although they can grow to 12 metres long, (it’s the second-largest living fish). The last time there was a recorded capture of this species was in the 1930s, by a skipper at Lakes Entrance in eastern Victoria. Museum Victoria senior collections manager Dianne Bray said it was uncommon to come across this shark in Australia. There was one caught in 1883 in Portland and brought to Melbourne for a few days and placed on display at the Victorian Museum. The plankton-eating sharks were named because they often spend time near the surface basking in the sun.