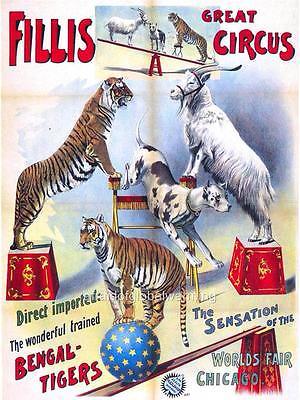 Captain Russell, while in the lions cage at Fillis’s Circus, on this night in 1893, fell, but Mr. Fillis fired a gun, and Captain Russell jumped up and left the cage, and, although there was great excitement amongst the audience, it was thought nothing serious had happened. It appears, however, that such was not the case. Captain Russell was severely bitten by the lion Pasha, which throughout the performance manifested signs of sullenness. When Captain Russell fell Pasha immediately sprang upon him, and was only frightened by the point blank discharge of Fillis’s rifle and the efforts of the attendant outside the cage. Medical examination, however, showed that the lion’s teeth inflicted injuries of a serious nature on his right arm just beneath the shoulder, where there are between 12 and 16 incised wounds, ranging in depth from little more than a scratch to 2 inches. The most serious wound was caused by the lower canine tooth, which entered the under portion of the arm to the depth of 5 inches. Captain Russell returned to the circus the following night with his arm in a sling, and the performance with the lions was gone through as usual by another man. It was noticeable that Pasha was very ill tempered.