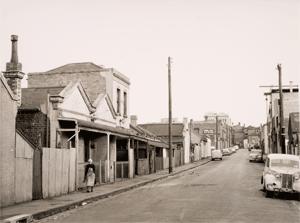 The fact of an exploded rifle being found hidden behind a bathroom door first led detectives to believe Reginald Orams, aged 30, who was found dead in his sleep out at a house at Albion street, West Brunswick, was the victim of foul play. As the result of further inquiries they also investigating a theory that in the wash house he shot himself above the heart, and staggered to the sleep out. Two young men who were questioned have been allowed to go.

Escape from the Ararat Asylum