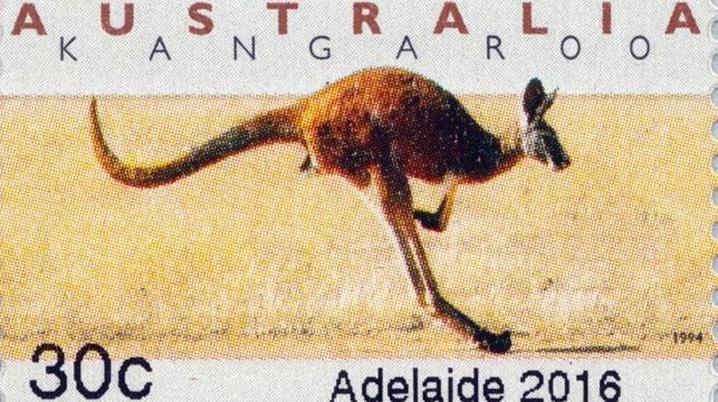 Collectors are scrambling to get their hands on a limited release of Australian 30 cent stamps which are now fetching more than $1000 online. The collection of stamps was released earlier this month in response to a rise in standard postage costs from 70 cents to $1, which left would-be letter senders needing to make up the 30 cent difference. Australia Post requested the emergency run after 30 cent stamp stocks were rapidly depleted. Even though the limited edition stamps, which feature a variety of native Australian animals, were only sold for a few days, their existence has sent collectors into a frenzy on Ebay. Bids on one auction comprising a set of seven 30 cent stamps has reached $1500. Some Ebay users are even auctioning stamps already attached to envelopes, with a lone (used) koala reaching more than $400 after a staggering 52 bids. Fairfax reported prominent Sydney stamp collector Glen Stephens managed to get his hands on a set of six unused stamps which he quickly sold to a variety of buyers, including a Russian cosmonaut on board the International Space Station. Sydney Philatelics’ Grahame Fudge told News Corp the stamps were probably being overvalued. “It’s a bit over the top, they aren’t really emergency stamps,” he said. “They are what they call counter-printed stamps and any value can be printed on them with the machine they have in Adelaide. “These stamps have been used before, they are just altered by pressing a few buttons. “I’m surprised they are being sold for $1000 but people can decide what they think they are worth. There’s not really anything that makes these stamps special though.”