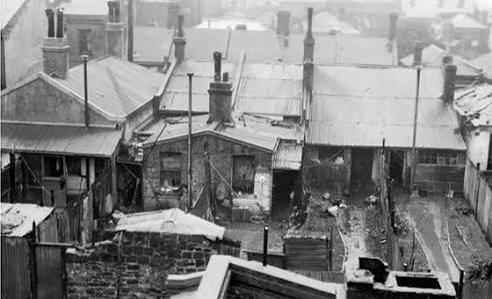 Francis Vernon Lichfield, a carpenter, whose mind had been affected for sometime, suddenly became demented, and tried to shoot his wife and son with a revolver. Mrs. Lichfield rushed him and took the weapon away, but Lichfield produced another, and his wife and son ran away. The husband fired at them, and the police were sent for. When a constable entered the house Lichfield fired at him, then, putting the revolver to his own head, shot himself. Death was instantaneous.