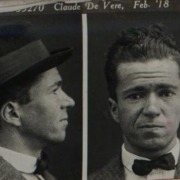 In connection with the robbery under arms at the West Perth Post-office on January 23, Paul Lempriere, aged 29 years, electrician, was arrested by detectives at his lodgings in Francis street. A nugget of gold and an automatic revolver, with a large number of cartridges, were found in his possession. Lampriere was charged with having on January 15 pointed a revolver at George Norvel, manager of the Melbourne Loan Office, and with having, while armed with a loaded revolver on January 23, stolen from the West Perth Post-office the sum of £42, the property of the Postmaster General. Other minor charges will probably be preferred against him. Inspector Condon, the chief of the Detective department stated to-night that Lempriere admitted that he is Claude DeVere, who escaped from the Bendigo Gaol, and also admitted the two charges preferred against him. De Vere’s Escape. Claude De Vere, alias Vaughan, who is aged 27 years, escaped from the Bendigo Gaol on November 27, in company with Walter Osborne, alias Phillips alias Shannon. They broke a padlock on a gate during meal-time, and climbed the outer gaol wall. De Vere was serving a sentence of four years’ imprisonment for safe-breaking. 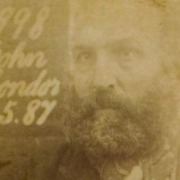 John Conder was charged with the murder of an Indian hawker, Kaizi Singh, near Buchan on the 22nd January 1893. Conder it is believed to have shoot Singh before dismembering him, before burning the body in his hut fire. After a retirement of about two hours the jury returned a verdict of guilty. The prisoner, on being asked if he had anything to say, said that he was as innocent as a child, and that no murder had been committed at his place. Sentence of death was then passed. The judge said that he entirely agreed with the verdict and he held out not the slightest hope of the prisoner escaping the gallows. Conder listened attentively to all that the judge said and exclaimed, “I am innocent, your Honour.” He was taken at once to the condemned cell in the Sale gaol, and will be removed to Melbourne in a few days. 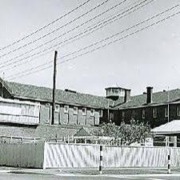 A shocking murder was committed at Pettavel, near Geelong, about two miles from the main Colac-road, about 1.30am on this day in 1884, at the residence of a well known farmer Francis Beech. Beech was attacked by one or more men, who had arms, and in the course of a desperate struggle with them was mortally wounded. Mrs. Beech, who was in the bed room, was also seriously wounded, but she recover. The circumstances were as follows : — Beech was in Geelong, and returned home in the evening. He and Mr. McCann, of Waurn Ponds, had a long talk in the house till about 11pm, when McCann got on his horse and rode off. Mr. and Mrs. Beech soon afterwards retired to bed. About 1.30am Mrs. Beech heard a noise near the dressing-table as if someone had got in by the window, and she aroused her husband, who immediately jumped out of bed. Shots were then fired in rapid succession, and some struck her. She ran into the parlour for a light, and on returning saw a man going away out of the window and her husband on the floor in a pitiable state. She did not see the retreating man’s face. Mrs. Beech gave her husband some brandy and he ejaculated a few words, but died soon after. A boy who resides on the premises and the servant girl then made their appearance, having heard screams. Mrs. Beech was put to bed and a doctor sent for, who has been attending her since. The police was communicated with and black trackers were ordered to be sent for, but the rain obliterate the foot tracks. The assassin, haf plenty of blood about their clothes taken from Mr. Beech in the struggle. The plunder of gold and notes, it is pretty evident, must have been the motive, as nothing what ever was taken away. It is hinted that some one who had a grudge against the deceased is responsible for the deed. The police, it is added, have some clue. Mrs Beach and Mr. Frank Howarth the man servant for the couple were arrested for the murder and remanded in the Geelong Gaol. Both however were released with out charge. Mr Howarth sued Superintendent Toohey and the arresting Sergeant Swale for £1000 damages for false imprisonment, malicious prosecution and assault. (In a time when you were lucky to earn £1 a week) 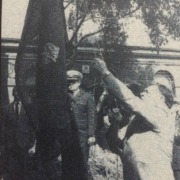 Mr Bill Gravert at the closing ceremony of the Geelong Gaol in 1991. Gravert who had worked at the gaol for 24 years, lowered the flag for the last time after 138 years. The Geelong gaol was the first prison in Victoria to have electricity installed. 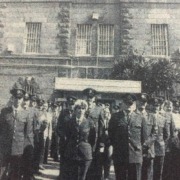 Governor Holland and the staff at the closing ceremony of the Geelong Gaol in 1991. The gates were closed after 138 years making the Geelong Gaol the longest running prison in Victoria’s history. 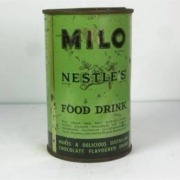 1. MILO was developed for Nestle in the 1930s during the depression, as a direct response to the fact that children were not receiving enough nutrients from their daily diet.

2. MILO is not just loved in Australia – it’s sold in 40 countries worldwide.

3. Over 2 million cans of MILO are produced every year — that’s 480 million cups, which is enough to fill 480 Olympic swimming pools.

4. Aussie MILO is still made in the same factory in Smithtown, NSW, where it was first produced in 1934. 170 people currently work at the factory.

5. Aussie MILO still tastes the same as it always has — the recipe has remained unchanged in Australia since its creation. Around the world, however, the recipe is slightly different — for example, Kiwis have their very own MILO recipe, designed for their taste preferences.

6. A glass of MILO gives you 50 per cent of your recommended daily calcium, iron and vitamin C intake.

7. If it wasn’t for MILO creator Thomas Mayne’s children, the iconic MILO crunch might never have been. Thomas spent hours trying to make MILO dissolve more into milk, but on hearing that his children loved eating the crunchy top layer, he gave up. Thank goodness for that!

8. Thomas’ wife was the original guinea pig for the MILO recipe, as he brought it home for years to perfect the MILO taste before releasing it to the public.

9. MILO is named after the Greek character Milos who was known for his strength. The original cans showed a depiction of a cow the Olympic athlete Milos carried on his shoulders to help build his strength. The story goes that as the heifer grew, so did the athlete.

10. MILO creator Thomas Mayne practised what he preached — he enjoyed a hot MILO every night before bed before he died aged 93. 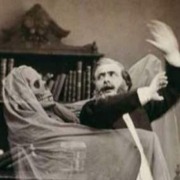 The terrible results that may follow dangerous pranks of malicious persons, who occasionally resort to the practice of acting the ghost, were illustrated by a case heard at Ballarat on this day. A lad, employed as telegraph messenger, was charged with having broken into a house and stolen a diamond ring. It transpired that early last winter the boy was frightened by one of these so-called ghosts, and so great was the shock that two medical men stated in Court that in their opinion the lad is not now responsible for his actions, owing to the effect upon his mind. The charge was reduced to one of larceny, and the boy was fined £10. 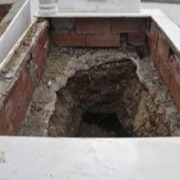 The body of a Scotsman, Donald McDonald was exhumed from a grave yard in Sydney on this day in 1953. The coffin did not contain the wooden legs in which his relatives believed he had hidden his fortune, inside a secret compartment. The 53 year old seaman was penniless when he died in April 1951, but his relatives on the Isle of Mull thought otherwise and requested the exhumation. 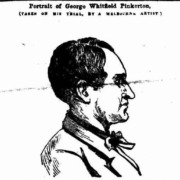 An inquest was held, at the Little Brighton Hotel, on the body Bridget Smith, the unfortunate woman who, together with her child, had been murdered on this day in 1853, by George Pinkerton, at a farm house, situated about four miles from Brighton. Smith’s was found with a sugar bag tied around her head, she also had a flattened nose, her lips swelled, and much discoloured, a bruise on the left side of the chin, and some finger-marks round her throat; the marks appeared to have produced a great deal of pressure. It was clear to see she had been strangled, as was the child. The bushranger Pinkerton, had after the murders shot himself, but recovered to take trail. 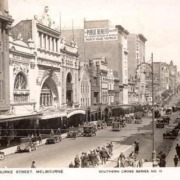 A brawl which occurred in Bourke street shortly before 11pm resulted in the death of a man named Gerald Hagg, aged 30 years. The deceased, who was a labourer, had a quarrel with a friend named Allan Snowden, a wicker worker aged 26 years. The pair were under the influence of drink, and those standing about took little notice of them. Suddenly Hagg was seen to reel before a blow and fall on his neck in the roadway. He was unconscious when picked up, and on his arrival at the hospital life was pronounced extinct. Snowden was subsequently arrested on a charge of wilful murder. Very little can be ascertained about Snowden and Hagg, except that they were known to have been friends for many years. The subject of tonight’s quarrel is believed to be of old standing. 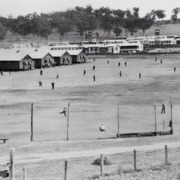 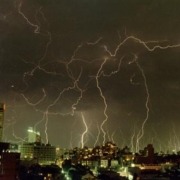 On 21 January 1991 severe thunderstorms moved across the northern suburbs of Sydney during the afternoon. Strong winds and large hail stones caused extensive damage. Hail stones up to 7 centimetres (2.8 in) in diameter and flash flooding was reported in several locations. Some areas received more than 35 millimetres (1.4 in) of rain in 6 minutes and more than 60 millimetres (2.4 in) in half an hour. Areas of most severe damage stretched from the Warrawee–Turramurra area to Duffys Forest, with significant damage occurring to property in the Ku-ring-gai, Hornsby and Warringah council areas. More than 7000 houses were damaged. The total estimated insurance payout for the storm was estimated at A$215 million.