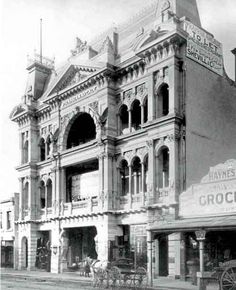 Ernest Dowell, aged 19, was arrested on a charge of having murdered an old man named John Membrey. The deceased was being assaulted by a crowd of boys in York street, Prahran, when the accused happened to come along. He joined in the attack, and, striking Membrey, knocked him down, his head striking the kerbstone. He was taken to the Melbourne Hospital, were he died from the injuries.