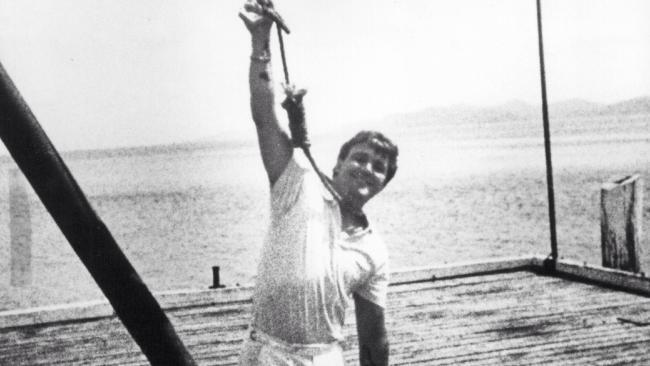 Three men were committed for trial for the murder of missing businessman Mr Roger Wilson. After the decision one of the accused, Mr Christopher Dale Flannery, called the coroner’s inquest a “kangaroo court”. The coroner, found that Mr Wilson, 32, was murdered on the 1st of February at Pakenham, outside Melbourne. Mr Hore found that he died of gunshot wounds “unlawfully, maliciously, and feloniously” inflicted by Mr Mark Alfred Clarkson, 29, Mr Christopher Dale Flannery, 31, and Mr Kevin John Henry Williams, 39. Mr Hore agreed with counsel assisting the inquest, Mr John Hassell, that there was insufficient evidence to commit Mrs Kathleen May Flannery, 29, for trial on a charge of murder. The coroner said the six-week-old inquest had sat for 30 days and he was not troubled by his findings. Asked if he had anything to say, Mrs Flannery said: “I have nothing to say, except that I am not guilty of these charges. This has been a kangaroo court and if you want to get me for contempt, away you go”. Photo of Christopher Dale Flannery known as Mr Rent a kill.