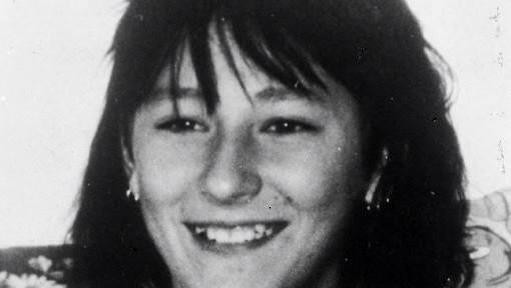 Notorious Bega schoolgirl killer Leslie Camilleri has been jailed for 28 years for the murder of 13-year-old Prue Bird in 1992. Victorian Supreme Court Justice Elizabeth Curtain said she was satisfied Camilleri, 43, who is already serving two life sentences without parole for raping and murdering Bega schoolgirls Lauren Barry and Nichole Collins in 1997, and two other men had abducted and murdered Prue. Justice Curtain said she had rejected Camilleri’s claims that he had acted alone. She said Camilleri and the two other men had abducted a defenceless 13-year-old from her home in circumstances that must have been terrifying for her. She said the evidence did not disclose how Prue was murdered but Camilleri’s conduct “bespeaks criminality of the highest order”. Camilleri had shown “a cruel and callous disregard for the sanctity of human life”. Justice Curtain did not believe Camilleri’s account that he alone had grabbed Prue as she walked along the street outside her Glenroy home on February 2, 1992. Camilleri claimed he put Prue face down on the back seat of his car and tied her arms and legs with electrical cables before driving around for several hours. Camilleri said when he later pulled over to the side of the road, he realised she was dead. Justice Curtain said Camilleri’s claim that the death was an accident was inconsistent with his guilty plea to murder but she accepted there was no evidence to prove Prue had been sexually assaulted before she was killed. Camilleri had claimed he dumped Prue’s body at a garbage tip in Frankston but police found nothing after digging up the site and a check of council records revealed it was not used as a tip at the time. Defence barrister John Kelly said Camilleri had tried his best to remember where he had left Prue’s body but his memory had been affected by drug taking at the time. Camilleri, who had been on parole after being jailed for assault in Queensland, said that as he was driving Prue’s body to the tip he also had in the car the dismembered body of a man he had murdered for abusing him as a child. Camilleri, a father of four who has converted to Islam while in jail, said he had placed Prue’s body, which he had wrapped in a quilt, inside a discarded wardrobe. Justice Curtain said she was satisfied, based on the evidence of a witness, that Camilleri and another man had been driving around the streets of Glenroy looking for a young girl. Another witness said she saw Prue being driven away by two men. A third man was seen nearby in a second car. The witness, who the judge said was credible, said Prue looked like she was waving and banging on the car’s window as if to say, “Help me, help me.” This witness did not go to the police because “you don’t think your friend is going to be kidnapped”. Police believe Prue was killed between the day she was abducted and nine days later when Camilleri was arrested interstate on outstanding warrants. Prue has not been seen or heard from since February 2, 1992 and her body has never been found. Outside court, Prue’s mother Jenny said she was totally exhausted after more than two decades of trying to find out what had happened to her daughter. “I’m glad of the outcome. “I knew he (Camilleri) didn’t act alone. I knew he was lying. This is the best I was hoping for that it was ruled he didn’t act alone.” Mrs Bird said she still prayed that one day Prue’s body would be found so she could lay her to rest. “I still don’t know what happened to Prue, I still haven’t got Prue. I hope one day that I get to know.”