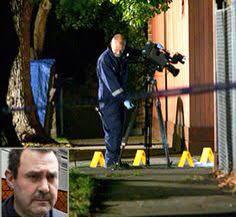 Mario Condello was born on the 12th April 1952, and was murdered on the 6th February 2006. Condello was an Italian-Australian organized crime figure. Condello, once a lawyer, was a member of the Carlton Crew, who is believed to have been a money launderer for Melbourne’s Calabrian mafia, the Ndrangheta. He was a key figure in the Melbourne gangland killings. Condello had a criminal record consisting of arson, fraud and drug trafficking and was also suspected by police to have been involved in multiple murders. In June 2004, an attempt on Condello’s life was foiled when two gunmen were caught by police outside Brighton Cemetery near his house. In 2005, he was charged with plotting to murder crime boss Carl Williams, who later was convicted of conspiracy to murder Condello. Condello was shot dead in his driveway, a day before he was due to stand trial for conspiracy to murder Williams. Police feared that his murder would be the resumption of the gangland wars. Melbourne police believed hitman Rodney Collins killed Mario Condello as a paid hit. Rodney Collins is serving life with an minimum of 32 years for a 1987 double murder for which he was convicted in May 2010. About 700 people attended his funeral, with Mick Gatto serving as a pallbearer. His murder remains unsolved.