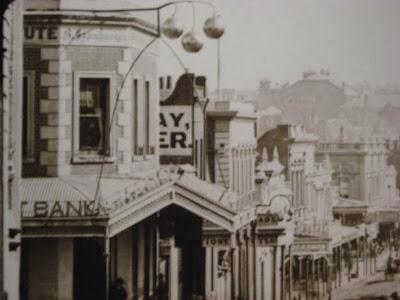 Mr Aveson, was charged with the attempted murder of Mr Haware, the the jeweller, at the Davy diggings, on this day in 1891. Aveson after finding his wife in bed with Haware attacked him with a tomahawked. Haware, whoever failed to appear in court, it was believed he has left the colony.. The case against Aveson were withdrawn.

The Flooding of Sydney