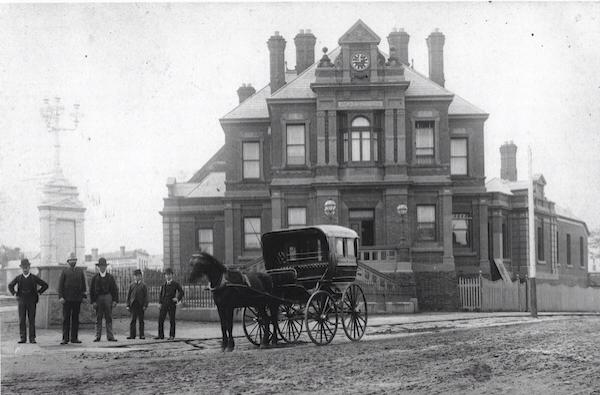 At the Kew Court a repulsive looking Italian, named Neparto Viutomto, was brought up for being found at night on certain premises without lawful excuse, and for unlawfully assaulting a man named William Anderson. The evidence showed that about midnight on the 23rd of February the prisoner was seen to enter the window of a bedroom of the Surrey Hotel, Balwyn, in which three young children were sleeping. The man Anderson and two other men, attempted to capture the prisoner, when he fought like a wild beast, and bit a large piece of flesh from the hand of Anderson. After some struggling, the prisoner was overpowered, and his captors then tied him with rope and convoyed him to the police lockup. The prisoner made a statement to the bunch in broken English, but he could hardly be understood. The judge sentenced him to 3 months in gaol.