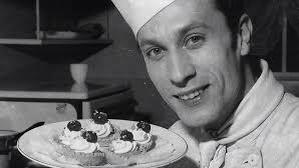 A notorious thug, now dead, is believed by Victorian police to be responsible for the disappearance of Australia’s first television celebrity chef. (who appeared on Channel Seven’s The Chef Presents) But detectives believe that there are still people alive that can provide them with information. Willi Koeppen, father of three, then 46, disappeared without trace from Olinda on February 29, 1976, and since then there has been plenty of speculation about who was responsible for the disappearance of the Cuckoo Restaurant co-owner. Alex Tsakmakis, a suspected serial killer who was convicted of two murders, was believed to have been involved in the disappearance. He was murdered in Pentridge in 1988. Russell Street bomber Craig Minogue battered Tsakmakis to death with a bagful of prison weights. There are many unanswered questions and the Homicide Squad Missing Persons Unit has appealed for anybody with any information to contact Crime Stoppers. “Ever after all these years we believe that somebody maybe could come forward with some information that could prove vital information,” Detective Inspector John Potter said. “He disappeared off the face of the earth and has never been seen since.”