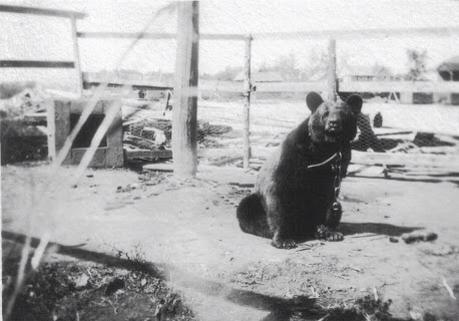 An intensive search by armed horsemen started on this day in 1934, for a mystery animal, which has been terrorising the mountain districts between Bright and Yackandandah, in North East Victoria, proved fruitless. The marauder made its last appearance near Myrtleford. The townspeople are alarmed and declare that they will not rest until he is laid by the heels. He has appeared four times since early in February. Twice he has attacked horsemen and once leapt at a jinker in which two men were driving. The animal is believed by zoo authorities, judging from footprints, to be a small American black bear, which has probably escaped from a travelling circus.