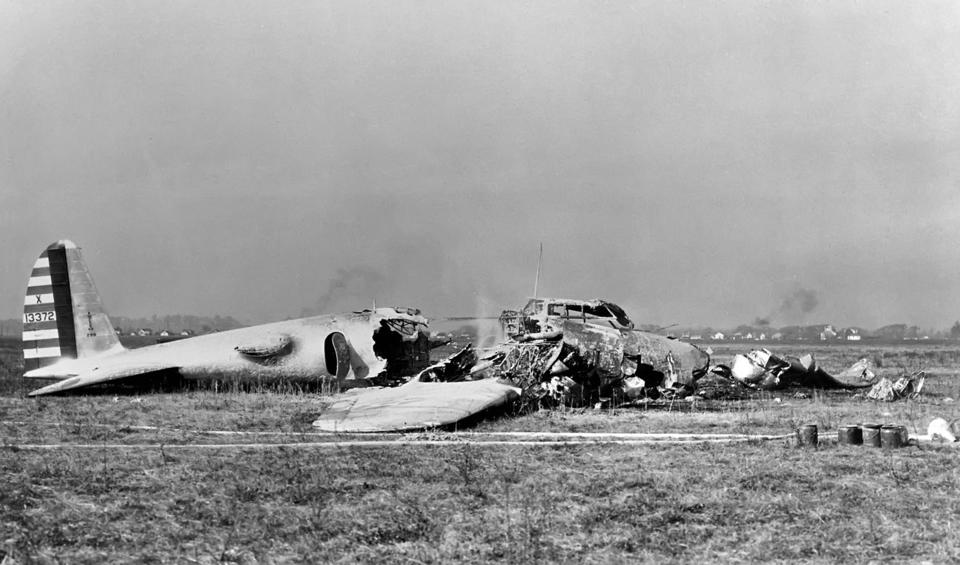 An airforce aircraft crashed and incinerated a mechanic during a refuelling stop at Wangaratta, on this day in 1929. The plane was flying from Richmond, NSW to Point Cook, Melbourne and made a routine landing. The local manager for Vacuum Oil, Mr N. McGuffie delivered 12 gallons of petrol. By 230pm, with refuelling completed, the aircraft was ready to resume it’s flight. The take off over a bumpy section of ground left the plane badly balanced, and it narrowly missed a fence, turned sharply, and at a height of about 12 feet clipped a tree. The wing snapped and the plane nosedived into the ground. The pilot, Thomas Swinburne of Richmond NSW was able to leave the cockpit. The mechanic in the other cockpit, Herbert Worland, was trapped and incinerated. A bushfire started burning 20 acres.

Attempt To Break Out of Gaol