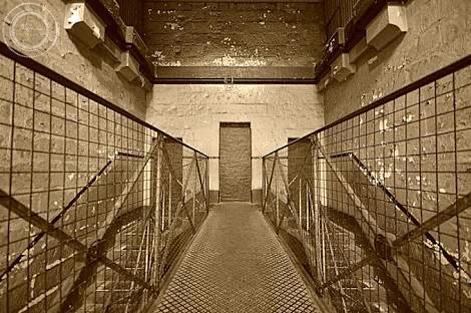 James Cornick was executed at the old Melbourne gaol for the murder of his girl friend Agnes Horne at Eaglehawk Flat. Cornick met his fate with considerable firmness, walking from his cell with a firm step when apprised by the sheriff that the hour had come at which he must be procured to suffer the sentence which had been passed upon him. After shaking hands with the chaplain, the executioner proceeded to pinion the unhappy culprit, and place the white cap upon his head. It has been observed by those who have been in the habit of attending executions that it is at this point the nerve of the culprit is most tried. Cornick submitted to the operation without appearing at all shaken. The remainder of the ceremony was performed in the same hurried manner which we remarked upon a recent occasion. The unhappy man died without a struggle, and after hanging the usual time was cut down.