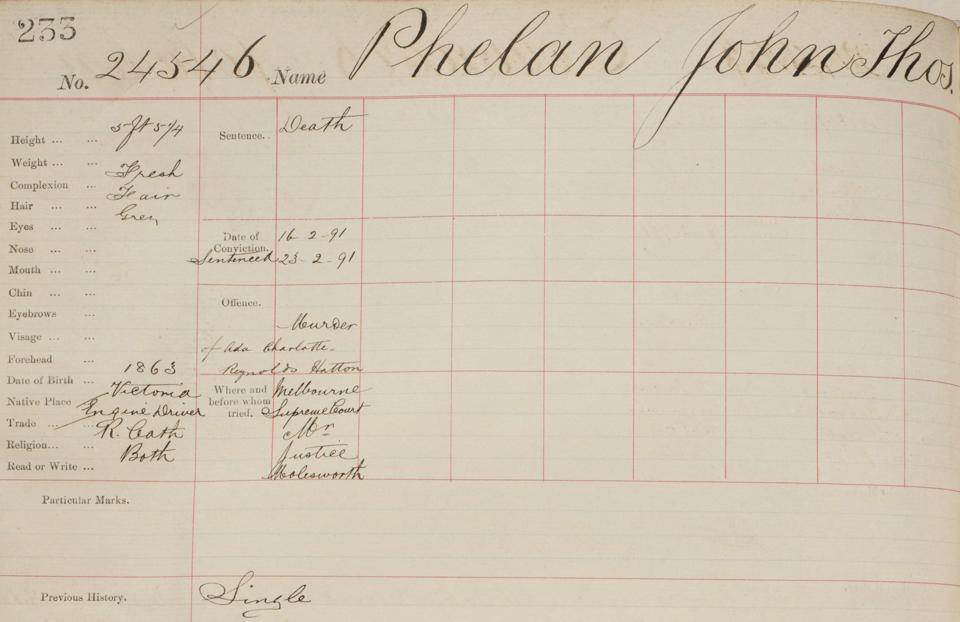 John Thomas Phelan, an engine driver on the railways, had been cohabiting with 25-year-old Ada Hatton for two years, when she left him, presumably for another man. On the 15th of January 1891 Phelan found Miss Hatton at her new home at South Yarra alone, and cut her throat from ear to ear with a table knife. He was in the act of cutting his own throat, when some neighbours rushed on the scene and prevented him. He was charged with murder and stood trial at Melbourne Criminal Court. He was convicted and sentenced to death on the 23rd of February 1891, the jury recommending him to mercy on the ground that he had received great provocation. Phelan was hanged at Melbourne gaol on the 16th of March 1891.