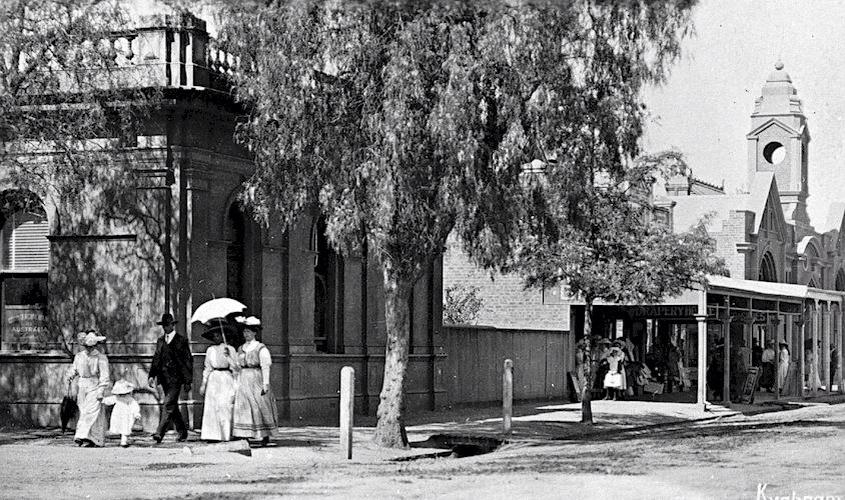 A barroom quarrel following slighting references to a man’s wife preceded a fatal shooting, two witnesses told the Supreme Court. The husband, Allan Stewart McLean, 41, carpenter, of Kyabram, is charged with murder. The other man Thomas Young “Larry” Smith, aged 28, builder, of Lord st., Richmond, was shot in the stomach at Kyabram on March the 16th. His injuries were caused by a pea-rifle bullet, McLean pleaded not guilty. William Augustine Hurley, hotel licensee, of Kyabram, said his attention was called to trouble in the bar at 5.45pm on March the 16th. He heard McLean say to Smith: “I would not drink with you,” to which Smith replied, “The trouble with you is you don’t know where your missus is.” Smith then said, “Why don’t you take me out and beat me up?” to which McLean said, “There is time enough for that later.” Smith, said Hurley, replied, “All right; at your place at 7pm,” tapping his watch at the same time. Hurley said that at closing time he saw McLean stagger back from a blow and then prepare to fight Smith, but the row was broken up. Questioned by Mr. J. P. Maloney (for McLean), Hurley said Smith was affected by drink. Joseph Augustine Doolan, carpenter, of Kyabram, said that early this year when Mrs. McLean left home McLean said to him, “I will shoot the -.” Doolan said he told McLean, “Don’t be a fool; no man is worthing hanging for.” To Mr. Maloney Doolan said he had no doubt that Smith was looking for a fight with McLean.