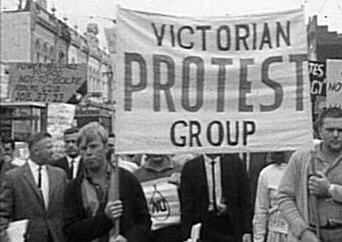 After being sentenced to death for murder in the Criminal Court on this day in 1953, James Robert Walker age 43, told Justice Duffy that he wished to be hanged. However, with a Labour Government in office the sentence will be commuted. Walker was found guilty of having murdered Thomas George Fogarty aged 32, by shooting him at St. Kilda on the 17th of March. After Justice Duffy had passed the death sentence, Walker said “Thank you, sir. I have been found guilty of a viscous crime. I understand this will go to Cabinet. I ask you if you will make a recommendation to Cabinet that it will carry the sentence out.”