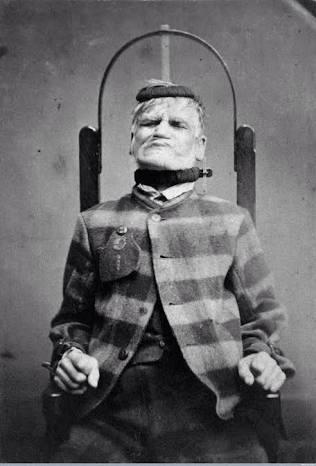 There was great excitement in Beechworth, North East Victoria on the 22nd March 1868, when the first lunatic escaped from the newly opened Asylum. A young man suffering from idiocy, escaped from the Asylum by climbing over a section of the Ha Ha wall still in construction. The young man walk down the hill into town and visited Fisher’s Hotels were he met Mr. Superintendent Langley were he asked Langley if he could have a nobbler (beer) and a cigar before being returned to the Asylum. Once back the young man again managed to give the warders the slip and got into Beechworth again, but they were soon on his track, and as people are now aware of his roving propensities, he was quickly handed over to Constable Brown, who took him by the hand. Against this the poor young mans protested, saying, ‘Don’t take my hand, and I won’t bolt, ‘your honour.’ The young man was placed in a lockdown ward, so he couldn’t escape again.