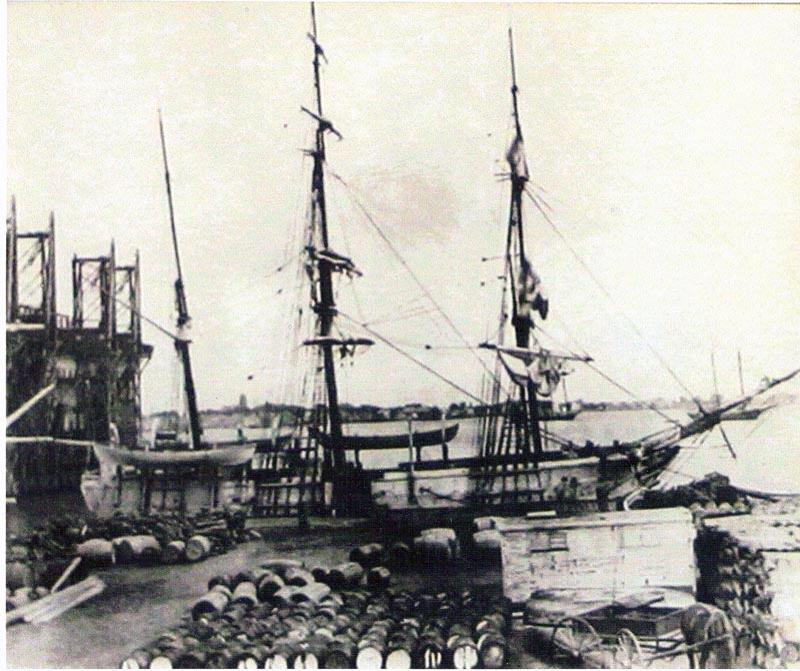 John O’Reilly wanted to annoy the English and so he hatched a plan to rescue Irish Convicts from Western Australia. For his plan, he organised for an American boat, the Catalpa, to sail to Western Australia to rescue Convicts. On March 29, 1876 the Catalpa arrived off Western Australia. Six Irish Convicts made a dash for freedom by running into the bush where they were picked up in wagons, rode to the whaleboats and then on to the ship. A number of people witnessed the escape and reported it to the authorities. However such is the nature of grapevine communication, by the time word reached Perth, the story was not Convicts escaping, but the Irish invading. Western Australia went into war mood. Troopers were dispatched to dig trenches and the gunboat Georgette steamed out to sea to courageously confront the invading Irish fleet. But the only ship found was the Catalpa. Numerous shots were fired across its bow which brought every Irishman onto the deck. There, armed with everything from a whaling lance to meat knife, they started chanting “death, but no surrender.” The Geogettes’s captain demanded to know if any Convicts were on board. The Catalpa’s captain said no and that as an American ship outside territorial waters, he would not submit to a search. The Geogette then turned back to port while the Catalpa continued on its way to America. When it eventually arrived, O’Rielly took to the public speaking circuit where he gave a popular lecture on how he had made the English look like buffoons.