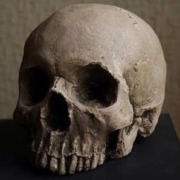 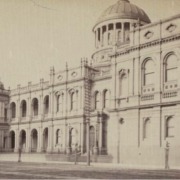 The jury in the Criminal Court took only eight minutes to decide that John K. Donnelly, 19, apprentice carpenter, of Ferntree Gully, was not guilty of a charge of the murder or manslaughter of his stepfather, John Palmer. Donnelly told the court that he shot his stepfather on this day in 1948 when Palmer was attacking his mother. He knew his mother was going to have a baby and his only thought was to prevent Palmer from killing her or earning her such harm that she would die. Mrs Palmer, mother of the accused and nine other children, told the court that Palmer had beaten her regularly. 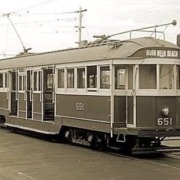 A boy of 9 years, named Arthur Leggo, was run down by a tram, in Melbourne on this day in 1905. The boy was dragged a distance before the tram was able to stop. 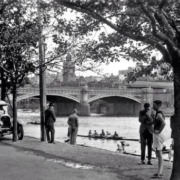 Murder is suspected following the finding in the Yarra on this day in 1937 30th of two legs and two arms, severed from a human body, evidently that of a woman. The dissected limbs were in an untied sugar bag. The legs were cut off at the knees, and the arms,at the shoulders. One arm was bent inwards at the elbow and tied in that position with string. The discovery was, made by two boys who were playing on the river bank near Morell’ Bridge. One theory is the limbs are those of a woman who died as a result of an illegal operation and that the body was dissected to simplify disposal. The amputations were so cleanly made as to give rise to the belief that the dissecting was done by someone with a surgical knowledge. 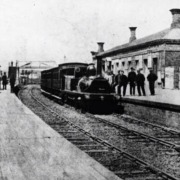 Shortly before 8pm on this day in 1904 a shocking railway accident happened at Richmond station, resulting in the death of an elderly man named George Buckham, a resident of Moonee Ponds. It appears that at the time mentioned Mr. Buckham was boarding the Essendon train, which was then in motion. He slipped and fell between the platform and footboard. The unfortunate man was dragged along the line for some distance, and when picked up it was found that he had sustained terrible injuries. The train was stopped, and the injured man was conveyed in it to Flinders street. He was removed to the Melbourne Hospital, but on his arrival life was pronounced to be extinct. 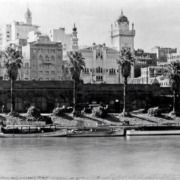 The police are now in possession of a fairly reliable description of Iike physical characteristics of the woman whose arms and legs were found floating in an untied sugar bag in the Yarra, on the 30th of March 1937. Pathologists have determined the woman to have been between 30 and 40, well built, slightly over five feet in height, with probably brown. Necessarily the description is more or less a conjecture. Although nothing more dependable can be obtained from the scanty evidence available it restricts the field of identification. With this guide the police are now searching scores of files relating to women corresponding roughly with this description who have been reported missing since the beginning of the year. Dragging the Yarra in the hope , of recovering other parts of the body has been unsuccessful. Good fingerprints were secured from a skin glove taken from the light hand. 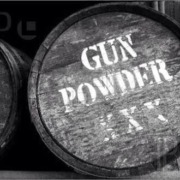 A wagon loaded with seventy five barrels of gun powder blew up at Martins Gap out side Mansfield, on this day in 1870. The driver, William Jewell, was literally blown to pieces. Five horses were also killed on the spot 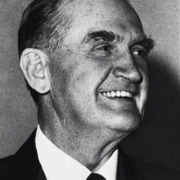 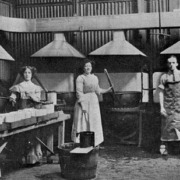 A horrible accident happened on this day to a married woman, of East Prahran. While working at the Australian Jam Works, she would lose her footing and fall into a boiling pot of jam. On admission to the Alfred Hospital she was found to have burns to most of her body. 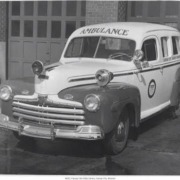 An ambulance was used as a court, when Stanislaus Bartosz was remanded on a charge of murder. Bartosz a 40 year old Polish tobacco farmer. As the ambulance stood in the yard at Russell Street Police Headquarters, the Judge stood alongside it, and an interpreter relayed proceedings to Bartosz, who lay inside. He was brought to Melbourne just before the Court, from Myrtleford, where he is alleged to have shot another farmer, and then attempted to commit suicide, on this day in 1955. 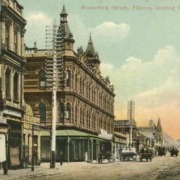 Pleading that he acted in self-defence, Chang Gooh Kong aged 34, Chinese seaman, was acquitted in the Criminal Court of the murder of Douglas Vivian Alcock aged 21, labourer, of Brunswick St., Fitzroy, on this day in 1947. 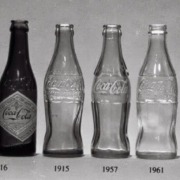 Not Australian, but of interest. On this day in 1886, Dr. John Pemberton brews the first batch of Coca-Cola in a backyard in Atlanta, Georgia.