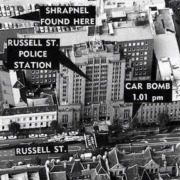 On this day in 1986, the Russell Street Police Headquarters complex in Russell Street was a target of a bombing attack which would bring the Victorian Police Force and Melbourne to a stand still. The explosion was caused by a car bomb hidden in a stolen 1979 Holden Commodore. The blast seriously injured 21-year-old Constable Angela Taylor, who died on the 20th of April, becoming the first Australian policewoman to be killed in the line of duty. A further 22 people were injured. The explosion caused massive amounts of damage to the police HQ and surrounding buildings, estimated at more than A$1 million. The Age newspaper reported that the blast had such an impact because of the open-floor design of the offices acted like a claymore mine, sending more shrapnel as the blast ripped through the floors, seemingly adding more pressure to the blast as it followed its path. The station was closed in 1995 and was eventually converted into apartments. In the course of the investigation, a group of people including Stan Taylor, Peter Reed, Craig Minogue and Rodney Minogue were apprehended. The motive for the bombing seems to have been revenge against the police, as the bombers had previously been arrested and still resented their jail terms. In court, Taylor, Reed and Craig Minogue were convicted; Rodney Minogue was eventually acquitted on appeal. 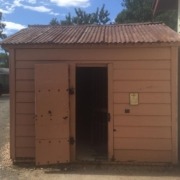 Arthur Abel Angove, employed as a groom at Glenloth Station, near Wycheproof, was found not guilty of the murder of James McDonald, a fellow employee, on the 27th of March and was discharged. It was alleged that following an altercation at the station on the morning of March 27 between McDonald and the wife of the accused, McDonald had pushed the lady to the floor of the hallway and dragged her by the legs to the kitchen before forcibly placed Mrs. Angove’s head under a water tap whereupon the accused had shot him. Before being tried in the Bendigo Supreme Court, Angove was housed in the Wycheproof police cells (now at the Swan Hill Pioneer Village). 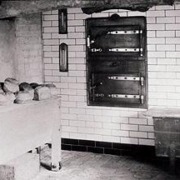 Findings of murder and suicide were recorded by Acting City Coroner Mr. Mohr, at the inquest into Annie Forsey and John Forsey, who died in a shooting in a bakehouse in Collingwood on this day 1939. Kenneth Forsey, pastrycook, of Collingwood said while he was in bed late on March 27th, he was awakened by a report which he believed at the time to be the backfiring of a motor car. He did not investigate and dozed off to sleep again. Later he got up and saw his mother lying on the floor at the foot of the stairs. His father was lying on the floor with a pistol in his right hand. He was groaning, but did not speak. His father and mother had not been on good terms for about 12 months and had not spoken to each other for about three months He did not know the cause of the disagreement. 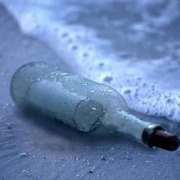 In 1916 a soldier named Cowan sailed away to war on the transport ship Euripides. While it was at sea off the Victorian Coast, Cowan dropped a bottle over the side containing a letter addressed to a friend named Miss Madge Lush. On this day in 1941, Miss Lush’s brother was walking along the beach at Beachport, South Australia, when he noticed a bottle in the sand. Pulling out the cork, he discovered a faded envelope address to his sister in Melbourne, some 600km away. 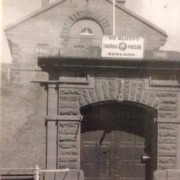 Restrictions placed on concert parties visiting the gaol because of the Infantile paralysis epidemic has been lifted, and the first concert for the year was given on Sunday, the 27th of March, when a party from Melbourne visited the gaol. 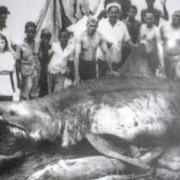 A shark was killed off the North Head, Sydney on this day in 1812, the entire length of which measured about seventeen feet and a half. Across the shoulders it measured 21 inches with the mouth, when extended, formed a circle eighteen inches in diameter, which gives a circumference of more than four feet eight inches. In the lower jaw were five rows of teeth, and in the upper only three. Within the belly an entire pelican was found, which appeared to have been very recently swallowed, and the people who killed the prodigious monster affirmed, that its weight was from 11 to 1200 lbs. 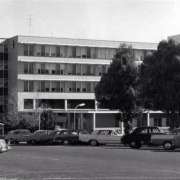 After hearing evidence the coroner Mr. T. W. Hammond found the death of Edwin McKenzie, aged 18, farm hand, of Cudgee, died from injuries inflicted by a bottle thrown by Geoffrey Roy Wilson. Wilson was committed for trial on a charge of manslaughter at the Court of General Sessions, Warrnambool. Edwin McKenzie died in Warrnambool Base Hospital on this day in 1938. 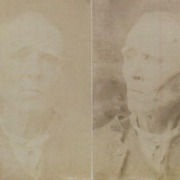 At the sittings of the Geelong Supreme Court on this day in 1890, John Thompson and Edward Jones were charged with having broke into the shop of Isadora Wartzski, in Ryrie street, Geelong on the 24th. Both men stolon a quantity of jewellery valued at between £70 and £80. Thompson and Jones were remanded to the Geelong Gaol. 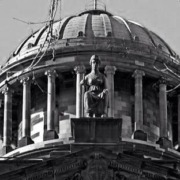 Before Mr. Justice Lowe, in the Criminal Court of Melbourne the trial of May McNeal, a married woman, of Bennett Street, Richmond, began on a charge of murder. The charge against Mrs McNeal was that at Richmond on the 26th of March 1930 she murdered Margaret Jean Alexander, aged 20 years, of Montrose. Mrs. McNeal pleaded not guilty. The Crown alleged that the accused woman was a party to the attempted performance of an illegal operation upon Margaret Jean Alexander, and that, as the result of shock, the girl died. Mrs. McNeal, on oath, said: “I did not in any way interfere with tho girl.” How ever she was found guilty. 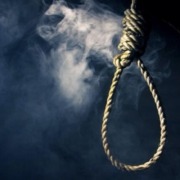 The charred and mutilated body of eight-year-old Olive Rita Lillian Jones was discovered at Broadford on the 28th of December 1899. She had been raped, strangled, and her skull was smashed to pulp. Rita had stayed with her grandparents and left home on the 26th of December for the purpose of buying lollies and apricots at a shop half a mile distant, but did not return. She was last seen near Doherty’s butcher’s shop, halfway between her grandparents home and the shop. Her dead body was found in a fowlhouse at the back of Doherty’s butchering establishment. William Robert Jones, a butcher employed at Doherty’s (and not related to the victim), was at once under suspicion of the murder and was arrested on the 2nd of January 1900. Jones had been seen in the fruit shop, asking Rita her name and tickling her under the chin. A neighbour sitting on her veranda overlooking Doherty’s premises later observed that smoke was coming from the chimney attached to the boilers, more than usual, and that Jones was about the boiling-down house. Jones was found guilty of murder at the Criminal Court in Melbourne and sentenced to death on the 21st of February 1900. He was hanged at Melbourne Gaol at 10am on the 26th of March 1900. 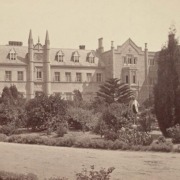 Thomas Hill, aged 72 years, an inmate of the Benevolent Asylum at North Melbourne, died on this day in 1911, under peculiar circumstances. He complained to Nurse Moroney that he was not well, and about three tablespoonful of rum in water were given to him. Subsequently he became ill, and Dr. Woinarski was telephoned for. Hill, however, died, and as there were signs of strychnine poisoning the body was removed to the morgue, and the contents of the bottle from which Nurse Moroney had obtained the rum have been forwarded to the Government analyst for examination. The officials of the asylum state that it is the custom when inmates bring in bottles of liquor to take it away from them and place it in the dispensary for medicinal purposes. This particular bottle of rum had been taken, it is alleged, from an inmate, and had been sent to the dispensary from which Nurse Moroney obtained it. 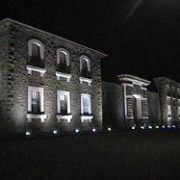