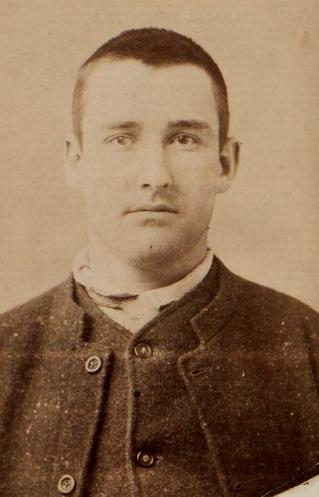 What appeared to be a brutal murder was committed Collingwood. About 230am a man named John Finnigan, 20 years old, cigar maker, was seen walking down Langridge-street with a young woman, known as Rose Summers. Both were slightly under the influence of liquor, They went into a house kept by Finnigan’s mother and sister in Hoddle-street, where another brother named Frank Finnigan also lived. Subsequently John Finnigan was seen running up Langridge-street by William Jones, licensee of the Yorkshire Stingo Hotel. He then went to the back of Mrs Finnigan’s house and found the girl lying in the yard on a cushion unconscious, and bleeding from a wound in the abdomen. The police were informed, and the girl was removed to the Melbourne Hospital, but she only recovered consciousness sufficient to ask for a drink of water. She died about 8 o’clock in the evening. It is believed that she was violated and then stabbed. Both the Finnigan brothers have been arrested.

John Finnigan was found guilty of Summers murder and was sentenced to be executed in Old Melbourne Gaol, however it was changed to life in prison with hard labour. Finnigan was realised in 1907.

Bullets in the Fire

Inspection of the Gaol
Scroll to top Book online now!