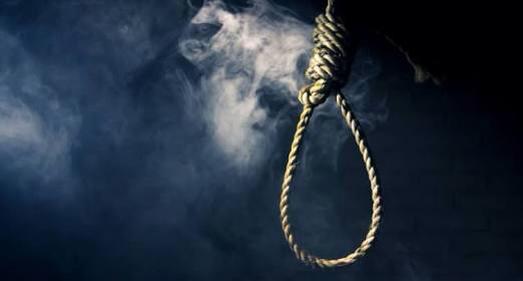 This criminal suffered the penalty of his crimes on this day in 1856, at 8am. Pursuant to the provisions of the Act which abolishes the old mode of public execution, the affair was witnessed by certain officials only, to see that the sentence was duly carried out. An inquest on the body was, in conformity with the act, held in the goal, at twelve noon. A jury was impanelled in the usual way. By direction of the coroner, they proceeded to view the body, and then returned to hear evidence. The coroner read the warrant of his Excellency the Acting Governor. The sheriff gave evidence as to the identity of the person named in the warrant, and the dead body the jury had just seen. The sentence had been carried out in the usual way. The district surgeon was examined as to the same facts. The head goaler testified that the body which the jury had viewed was that of James Ross, who was sentenced to die at the last criminal sessions, and for whose execution a warrant had been produced by the sheriff. The sentence had been duly carried out. This closed the evidence, and the jury unanimously returned a verdict to the effect that the deceased James Ross had been duly executed in pursuance of sentence passed upon him by Sir William A’Beckett, judge of the Supreme Court. It was remembered by most of our readers that James Ross was convicted of the most brutal murder of his own child, and also for the murder of a Mrs Sayers. Ross intended to murder his own wife also, and left her for dead; but she recovered, and is still alive at Horsham. Seldom in the annals of crime has there occurred so atrocious a case—a crime of so black a dye, committed without any apparent adequate motive. From the time of his commitment to the last hour of his existence, Ross admitted the crimes of which he stood charged. He did not wish to live, and repeatedly, since sentence was passed, expressed impatience for the time of execution to be fixed. He spent much time in reading the Bible and other devotional books, and was assiduously attended by the Rev Mr Goodman and the gaol chaplain. Ross’s conversation and demeanour, however, so far as we could judge or learn, was by no means indicative of sincere regret. The culprit, a few days ago, wrote a letter to his wife, who is still an invalid from the cruel injuries she received from her husband. Ross, or Griffiths, was a native of Limerick, his father was Welsh. His crimes were of so deep a dye that even the most enthusiastic abolitionist of capital punishment will admit that the world is well rid of such a monster.