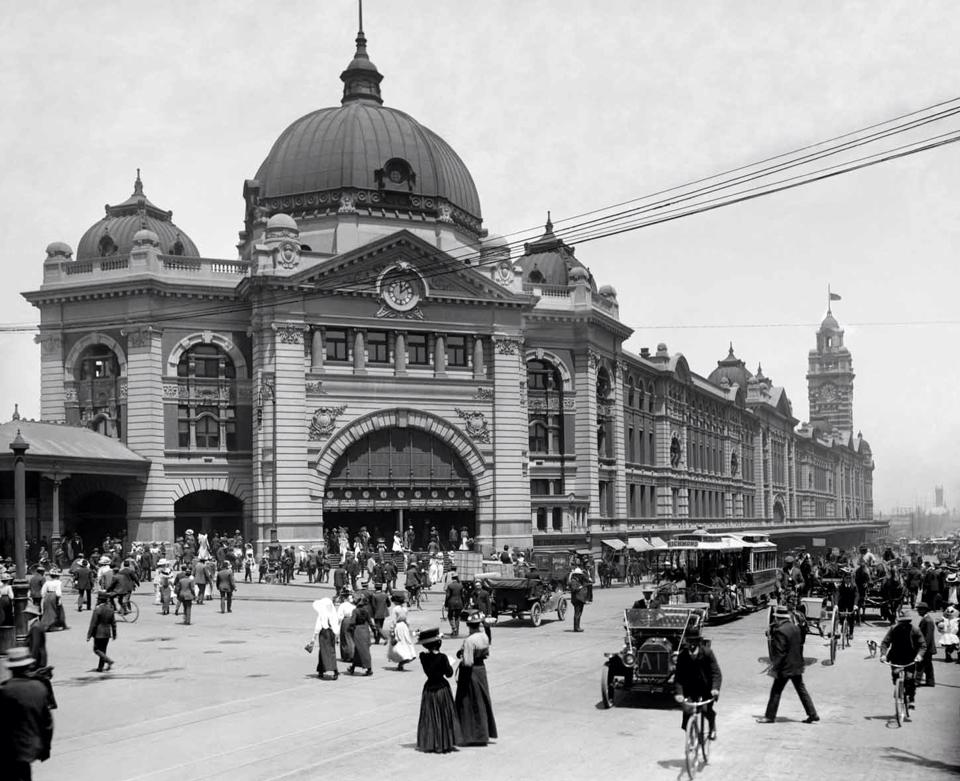 Francis Kenny, news vendor, aged 52 years, of 6 Yarra street, South Melbourne, died in the Melbourne Hospital on April 26 from injuries received when he was struck on April 23 outside the Swanston street entrance to the Flinders street railway station. The city coroner (Mr D Grant) held an inquest yesterday into Kenny’s death Leo Patrick O’Hara, news vendor, of Marine Hotel York street, South Melbourne, said that on April 23 he was selling race books with his stepbrother Francis Edwards a news vendor, aged 26 years at the Swanston street entrance to the Flinders street railway station. Edwards and Kenny appeared to catch the attention of a purchaser at the same time and each held out a book. Kenny, pushed Edwards away, and struck him on the mouth Edwards struck him in return, and Kenny fell, striking his head on the pavement Edwards then went home. O Hara saw his step brother later in the afternoon and advised him to go away. Edwards said that he would go to the country and look for work. O’Hara had not seen his step brother since that afternoon. Vincent Victor Leonard, telephone operator, of Golding street, Canterbury, said that he saw Kenny fall. No one attempted to detain the man who struck the blow. Senior detective Carey, of Russell street, said that to the present he had not been able to trace Edwards News Vendor Carried £843 Constable Ayres, of Russell street, found £843/19/1½ in the possession of Kenny. It was stated in evidence that this was money saved by Kenny and his brother, Arthur Kenny. It was the custom that the brother who left home last should take the money with him. The coroner found that Kenny had died from injuries received on April 23 when he was feloniously and unlawfully struck by Francis Edwards. It was ordered by the Coroner that a warrant be issued for the apprehension of Edwards on a charge of manslaughter.