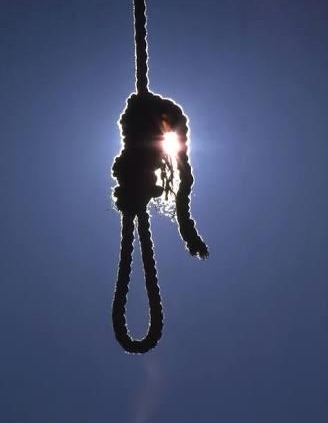 On this day in 1857, at eight o’clock, the unfortunate young man, Frederick Turner, convicted at the late Criminal Sessions, of highway robbery in company with others, and of subsequent shooting with intent to murder, underwent the extreme sentence of the law. It is to be feared that the culprit, who was a mere boy, being only in his twenty-second year, indulged in a hope to the last that he would be reprieved, but there were really no circumstances connected with his case which warranted such a hope, or, indeed, warranted any exertion on the part of others to obtain for him a mitigation of sentence. Full of health and strength, abundant opportunities were presented to the misguided youth to obtain an honourable livelihood, but indolence and vicious associations brought him to an early and ignominious end,—a sad warning, we fear, to many others to be found in the colony. The circumstances connected with the crime for which this unfortunate man suffered are simply these:—A short time since he, in company with others, stopped a labouring man in the vicinity of Flemington, and demanded his money. The party attacked, seeing that resistance was useless, gave up all the cash that he had about him, but being in humble circumstances, and having a large family dependent upon him, begged hard from Turner, who took an active part in the robbery, for restitution of half a crown to purchase his little ones the common necessaries of life. “Yes,” said Turner, “I’ll give you half-a-crown,” and deliberately drawing a revolver from his pocket or belt, fired at his victim’s head, but the ball fortunately glanced off, and inflicted only a trifling wound on the side. Of the intention of the act, however, there can be no doubt, and hence the only ground of sympathy was the youth of the culprit, who arrived here a free emigrant, with his parents and brother, in the William Jardine, in 1849. He declined to divulge his real name, but stated that the name of Turner was assumed, that his father and mother were in service in the interior, and that his brother had been for three years in the mounted police force. A love of idleness and dissolute society he admitted had been his curse. He declared that he never intended to commit murder, and the fact of the shot which he fired not having taken deadly effect, it is to be feared produced an ill-grounded impression upon his mind that mercy would be extended to him in this world, and to a certain extent counteracted the efforts of the worthy chaplain of the goal, who attended upon him since his condemnation, endeavouring to prepare him for eternity. Unceasingly did the holy man impress upon the culprit the utter hopelessness of mercy in this world, but still a lingering hope of a mitigation of sentence evidently dwelt upon Turner’s mind, till the near approach of the period at which he had been doomed to suffer. Then he became unmanned, listened with marked attention to the exhortations of his spiritual adviser, and sought and hoped in a few hours to atone for the errors of life time—this moment he believed—the next doubted, and in a state of almost unconsciousness was pinioned, hurried to the gallows, and in a few moments his earthly career was at an end. We have already stated that the age of the culprit was twenty two years. In height he was five feet three inches and a half, of stout make, fresh complexion, with dark brown hair and blue eyes. He was a native of London, and professed to belong to the Church of England. At a subsequent period of the day, an inquest was held upon the body, when a verdict was returned to the effect that the deceased had been executed in accordance with a sentence which had been passed upon him.

Charge of Murder Against An Italian