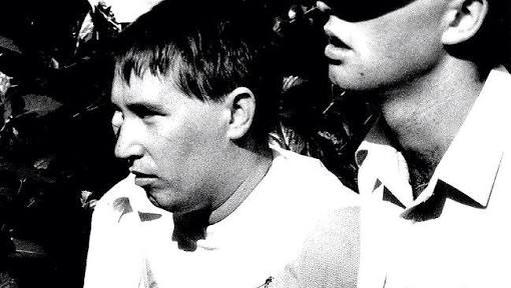 A disturbed man, who had previously escaped from a mental health facility, cooked and ate pieces of his victim and left body parts strewn in public places. David William Philip, then 32, stood trial in the Supreme Court in December 1989 charged with the murder of 42-year-old vagrant Kyung Eup Lee. The court heard Philip killed, cooked, and ate parts of Mr Lee in May 1988 after an argument over squatting in a disused South Melbourne factory. Philip stabbed Mr Lee in the stomach and cut his throat. He then severed the dead man’s genitals, and sliced flesh from his thighs before burning the body overnight, the court was told. Philip had cooked flesh from the man’s thigh in a wok and eaten it. He burned the body on a fire fuelled by rail sleepers. He later left Mr Lee’s penis in the foyer of the female toilets at Flinders St Railway Station, where a woman had found it. His scrotum was located by police on tram tracks in South Melbourne. New Zealand customs officials intercepted a letter written by Philip inside an Australia Post Postpak, in which he detailed aspects of the killing and bragged that he had “done in a Korean”. When they went to the South Melbourne warehouse they found bones, a pile of ash and weapons including a knife stained by blood and with human hairs still attached. The ash was piled up in front of an armchair. Philip had been seen driving Mr Lee’s car after the killing, and police later found his birth certificate inside it. In a video-taped record of interview Philip admitted he killed Lee after Lee tried to move into his home at a disused factory in Normanby Rd. Mr Lee, a Korean national, had been living in his 1980 Toyota station wagon in the months before his death. The day before his murder, he told an accommodation service he had found “a nice place to stay” in South Melbourne. The warehouse was popular with squatters, but had no running water or electricity. Supreme Court Justice O’Bryan told the jury “not to be angry at the horrifying aspects of the case”. Instead they must bring down a verdict which took into account evidence relating to Philip’s paranoid schizophrenia, he told them. Several months before the killing, Philip had escaped from a Parkville facility after being certified. It took the jury of 12 just 20 minutes to find Philip was insane during the attack and dismemberment, rending a verdict of not guilty by reason of insanity. Philip was ordered to be held in strict security at J Ward’s Aradale Hospital for the criminally insane until and unless deemed safe for release by government clinicians.