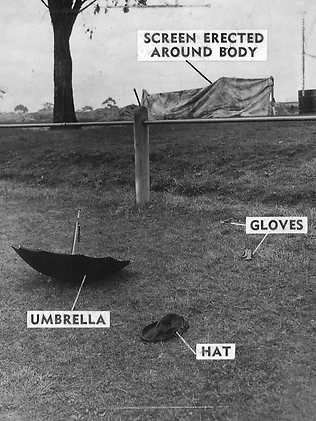 Gladys Hosking, 40, was the third and final victim, murdered by Edward Joseph Leonski an United States Army soldier stationed in Melbourne. Hoskings while walking home from work at the Chemistry Library at Melbourne University. A witness said that, on the night of the killing, a disheveled American man had approached her asking for directions, seemingly out of breath and covered with mud. This description matched the individual Pauline Thompson was seen with on the night of her murder, as well as the descriptions given by several women who had survived recent attacks.