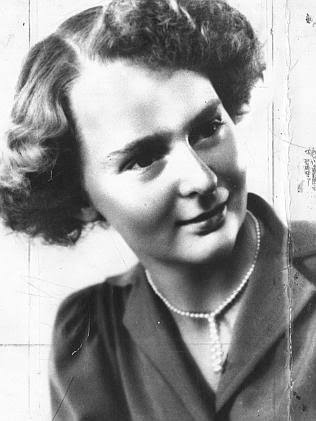 Hybrid Publishing and Twisted History will be presenting Janice Simpson and her new book “Murder in Mount Martha” at an event at the Royal Melbourne Hotel on June 30 at 6pm.  Details can be found here – www.trybooking.com/LOUD

The book is based upon the real life unsolved murder of 14 year old Shirley Collins in September 1953.  Below is a newspaper article from the time of the murder.

DID YOU SEE SHIRLEY COLLINS
THIS special color picture shows murdered Shirley Collins as she was
on Saturday night, September 12, when she was last seen alive.
Her clothes, exactly reproduced here, are being worn by a model of Shirley’s measurements; Shirley’s last picture has been superimposed on the color print by “Argus” artists.  The picture is reproduced at the special request of Superintendent F. W. Lyon, C.I.B. chief, in the hope that it will lead to discovery of Shirley’s killer.

It Is the first time on record that newspaper color presses have helped in crime detection.  Superintendent Lyon said this lifelike resemblance to Shirley could provide detectives with a new chance of finding the murderer.

Shirley, aged 14, was battered to death at Mt. Martha.  Anyone who saw a girl like this after 7.15 p.m. on Saturday, September 12, is
asked to contact the police Immediately, at F0244.

These are the main questions for which homicide detectives are seeking an answer.  TO assist them in their search, police have askei
“The Argus” to supply them with 50 poster-size copies of this color picture.  Late yesterday the copies were delivered to the Police Department and immediately distributed to police stations and to the Preston and Richmond districts.  Here is a full descrlption of Shirley and the clothes she was wearing at the time of her disappearance:
Height: 5ft. 3ln.
Weight: 8st. 41b. or 51b.
Hair: Light brown.
Eyes: Blue.
Coat: Dark grey.
Skirt: Grey and black
diagonal check.
Blouse: Pale lemon.
Cardigan: Black.
Shoes: Black.
Stockings: Natural shade

Detectives yesterday concentrated their inquiries along the bus route on which Shirley travelled at 7.15 on that night.