A disturbed man, who had previously escaped from a mental health facility, cooked and ate pieces of his victim and left body parts strewn in public places. David William Philip, then 32, stood trial in the Supreme Court in December 1989 charged with the murder of 42-year-old vagrant Kyung Eup Lee. The court heard Philip killed, cooked, and ate parts of Mr Lee in May 1988 after an argument over squatting in a disused South Melbourne factory. Philip stabbed Mr Lee in the stomach and cut his throat. He then severed the dead man’s genitals, and sliced flesh from his thighs before burning the body overnight, the court was told. Philip had cooked flesh from the man’s thigh in a wok and eaten it. He burned the body on a fire fuelled by rail sleepers. He later left Mr Lee’s penis in the foyer of the female toilets at Flinders St Railway Station, where a woman had found it. His scrotum was located by police on tram tracks in South Melbourne. New Zealand customs officials intercepted a letter written by Philip inside an Australia Post Postpak, in which he detailed aspects of the killing and bragged that he had “done in a Korean”. When they went to the South Melbourne warehouse they found bones, a pile of ash and weapons including a knife stained by blood and with human hairs still attached. The ash was piled up in front of an armchair. Philip had been seen driving Mr Lee’s car after the killing, and police later found his birth certificate inside it. In a video-taped record of interview Philip admitted he killed Lee after Lee tried to move into his home at a disused factory in Normanby Rd. Mr Lee, a Korean national, had been living in his 1980 Toyota station wagon in the months before his death. The day before his murder, he told an accommodation service he had found “a nice place to stay” in South Melbourne. The warehouse was popular with squatters, but had no running water or electricity. Supreme Court Justice O’Bryan told the jury “not to be angry at the horrifying aspects of the case”. Instead they must bring down a verdict which took into account evidence relating to Philip’s paranoid schizophrenia, he told them. Several months before the killing, Philip had escaped from a Parkville facility after being certified. It took the jury of 12 just 20 minutes to find Philip was insane during the attack and dismemberment, rending a verdict of not guilty by reason of insanity. Philip was ordered to be held in strict security at J Ward’s Aradale Hospital for the criminally insane until and unless deemed safe for release by government clinicians.

A jury in the Criminal Court to day acquitted Thomas William Loe (40) a labourer, of a charge of murder, on the ground of temporary insanity. Mr. Justice MacFarlan ordered that Loe should be kept in custody during the Governor’s pleasure. Mrs. Emelia Jane Loe (32) was found dead at her home at Moroopna on May 4, with wounds in the side of her head and two pieces of cord tied around her throat. She was the mother of seven children. No statement was made by Loe, and no evidence was called on his behalf. Mr. Gorman, K.C.. told the jury that Loe had returned from the war invalided, and lived in poverty. He had no theories to put forward regarding what had happened, but he did not invite a verdict of insanity. He suggested that there were two alternatives for the jury to consider, manslaughter or acquittal.

William Grace (20) on Saturday night week rushed to protect a woman, who screamed that a man was assaulting her. Grace struck the woman’s assailant, Arthur Hayes (20), killing him. Grace was yesterday committed for trial by the coroner on a charge of wilful murder. The evidence at the inquest did not bring out any additional details of importance. Two witnesses said that Grace was drunk at the time. It appeared he knew the woman assailed, Mrs. Norah Inell (living apart from her husband) well enough to address her by her Christian name. He also knew Hayes, but did not recognise him at the time he struck him. He heard Inell call for assistance, and he hit the man on the eye, the blow, according to the post-mortem, causing extravasation of blood on the surface of the brain. The coroner said that even if Grace’s own account were accepted, he was guilty of manslaughter, and the jury might consider him guilty of murder. 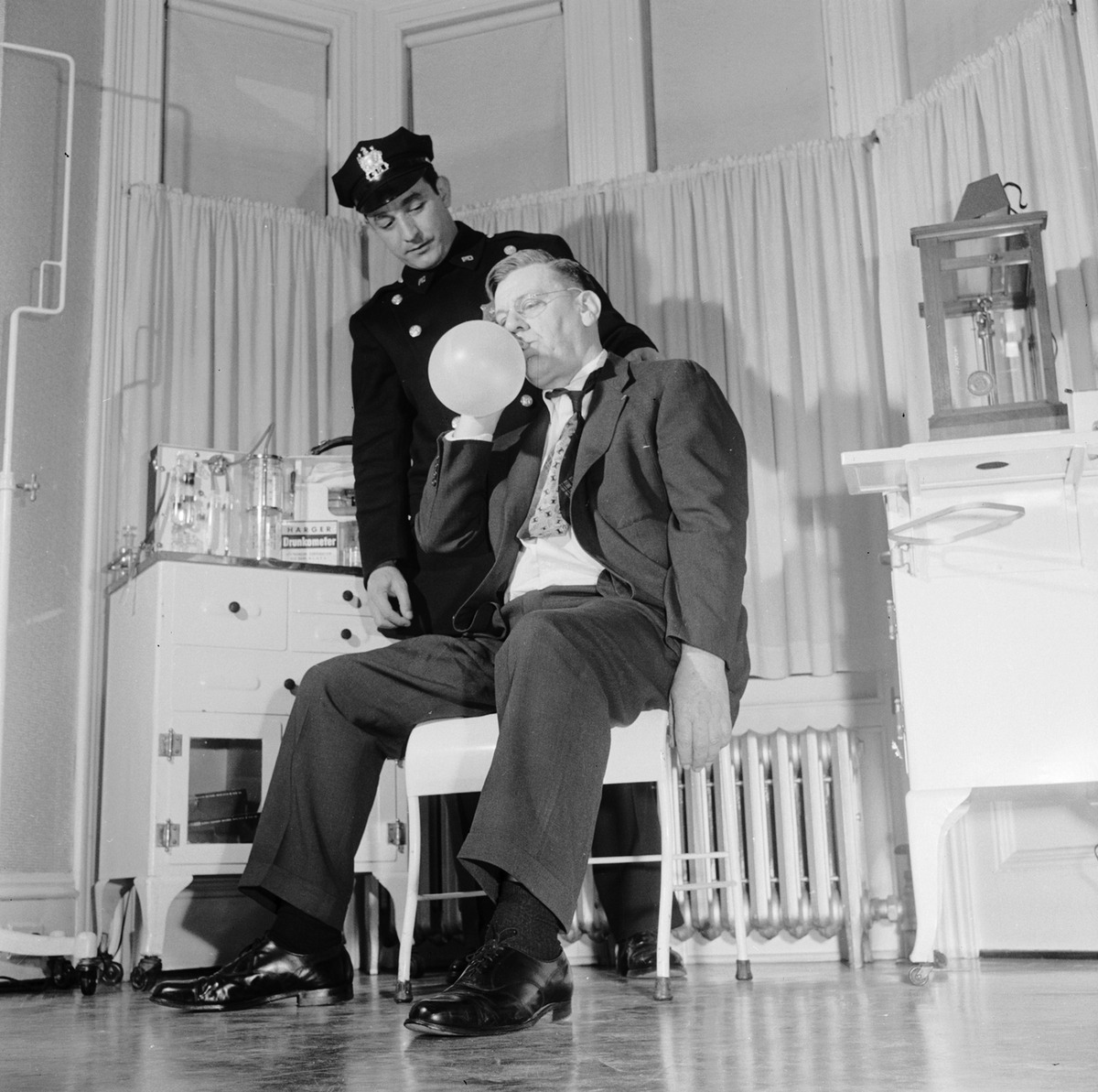 Joseph Stanley Bundy, labourer, served two years and seven months’ imprisonment, pleaded guilty in Geelong City Court on this day in 1955 to a charge of having at Geelong on June 24, 1954, driven a car while under the influence of intoxicating liquor. He was fined £25, in default imprisonment for six weeks in a Geelong Gaol, and had his licence suspended for two years.

The execution of Joseph Brown, who at the last Criminal sitting of the Supreme Court was sentenced to death for the murder of Emanuel Jacobs on March 22, at the Whittington Tavern Bourke-street, took place at the Melbourne gaol, in presence of about twenty spectators. At an early hour the prisoner was removed from the cell which he had been occupying since sentence was passed to one adjoining the new drop, and he was attended by the gaol chaplain up to the moment of execution. At ten o’clock the deputy-sheriff (Mr. L. Ellis), accompanied by the governor of the gaol, entered the cell of the prisoner, and informed him that the hour had come. He stepped outside on to the gallery, where he was pinioned by the hangman. After he had taken his place upon the drop, and the rope had been adjusted, he asked if he might speak a few words, and being answered in the affirmative, he offered a prayer that he might be strengthened in what he had to pass through. Then addressing the persons present as “good people,” he declared that he was as guilty as ever a man was, but in so far as intention to kill the man was concerned, be was as innocent as a child unborn. He had no recollection whatever of the act, and could not think how he came to bare the knife in his hand. He was in the habit of smoking, and supposed that be had been cutting tobacco. After alluding to the statement of one of the witnesses, who at the inquest had said that he (prisoner) was not drunk at the time, a statement which he said was untrue, he hoped that he would be forgiven for what he had said. He complained that he had been represented to have had something to do with the robbery about which the quarrel arose. He had had nothing at all to do with it, although he was standing at the door, and saw what passed. The landlord saw it as well as he did, and would have told the troth about it, had he not been afraid of losing his licence. The prisoner’s manner was marked by great trepidation; he trembled very much, and at times his remarks became confused and almost inaudible. At the conclusion of his observations the chaplain repeated the burial service aloud. The bolt was immediately drawn by the executioner, and death took place instantaneously, scarcely even the slightest spasmodic action being visible after the drop fell. The body was allowed to hang for the usual time, after which the inquest was held, and the ordinary formal verdict retained. The prisoner was described in the gaol books as aged forty-three years. Ha arrived in this colony in 1842. He was a native of England and his calling was that of labourer. 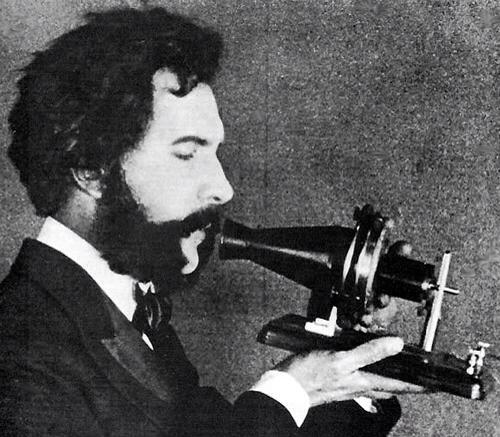 A runaway circus elephant charged a truck and tore up fencing in a four-hour chase across farms and along back roads in the Adelaide hills today. The elephant, Gi Gi, from the German National Circus, eventually surrendered quietly when her mother, Abu, and sister, Kinder, were led to her side. An earlier attempt to lure the runaway with the two other elephants failed when blasting at a pyrites mine sent Gi Gi running across the countryside again. Mr Merv Ashton, of Ashtons Circus, which was carrying Gi Gi for the National Circus, said Gi Gi had got out of a safety chain and had jumped from the back of a slowly-moving truck. Gi Gi, a 14-year-old Indian elephant, weighs three tons. Mr Ashton said she could run at between 30 and 40mph.

Mr. Finnis, who was transferred to charge of the Geelong Gaol, was entertained at a farewell gathering by 60 of his friends and colleges from the Beechworth Gaol, and was presented him with a Tantalus stand, and Mrs Finnis with silver rose bowl.

40 year old Ivy Violet McLeod, was found strangled in Victoria Avenue, Albert Park in Melbourne on 3 May 1942. She was partly naked and had been badly beaten by her attacker. An American soldier had been seen in the area just before her body was discovered. Robbery did not appear to be the motive for the crime as her purse still contained about one Pound’s worth of small change.

In the city hotel room from which a man disappeared on May 3 was a book by Ellery Queen, a murder suicide mystery, which he had apparently been reading. A few days later clothing was found on the end of Frankston pier. The name of John Wilson was on an envelope in a coat pocket. Description of the missing man is: 5ft 8in, blue eyes, dark hair, sallow complexion. He is a diabetic, and may be suffering from loss of memory. Russell st police are seeking information.

Melanie Dean, whose throat was cut on May 3 by John Tunks, died yesterday in the Melbourne Hospital. Tunks and Mrs Dean had been living together, and in a fit of jealousy or temper he cut her throat at the Sir Walter Scott Hotel, in Elizabeth street, and then committed suicide by cutting his own. The body was removed to the Morgue