On May 7, 1970 members of the Victoria Police stationed in Echuca responded to an emergency call at a home in Mitchell Street. They found a heavily-pregnant woman, Beverley Ratten, lying dead in the kitchen from a shotgun wound to the torso. Her upset husband, Leith Ratten, was removed for questioning. Beverley would later be interred in the Cheltenham Memorial Park, Melbourne.

During interview Ratten said he was cleaning an old rusty double-barrelled shotgun brought in from the garage when it fired, hitting his wife under the left armpit while she was in the kitchen at lunchtime. Ratten could not explain how the gun discharged or how it came to be loaded. Subsequent investigations revealed that Ratten was having an affair with Jennifer Kemp, the wife of a family friend, and had spoken to her on the morning of the shooting. He had also applied for a twelve-month posting to a base in Antarctica.

In January 2012, Ratten died, aged 73 years. Ratten was committed to trial for murder and the hearing took place in August, 1970 in the nearby town of Shepparton, Victoria. Despite the assertions of Ratten’s defence counsel that the shooting was accidental and evidence against him was circumstantial, the jury found Ratten guilty and he was sentenced to death. This was later commuted to 25 years’ prison. Following the case, Ratten’s lawyers undertook four separate appeals on various grounds, one of which involved the exhumation of Beverley Ratten’s body in 1973. All four appeals were dismissed. Despite the failure of his appeals there was considerable doubt about Ratten’s conviction, many believing he was found guilty for the questionable morality of his marital infidelity rather than concrete evidence.

His case was widely discussed among the legal fraternity while his cause was taken up by many notable lawyers and politicians, such as Don Chipp. In 1978, the Free Leith Ratten Committee was founded by Monash University law undergraduate, Mark Cowie. Over the next five years, and until Ratten’s release from Her Majesty’s Prison Dhurringile, Cowie was involved in efforts to bring new evidence before the courts that questioned the legitimacy of Ratten’s conviction. He authored an unpublished manuscript on the case, Justice in Shame: The Leith Ratten Case Don Chipp said that in 1971 Henry Winneke had told him the convicted murderer Leith Ratten was innocent. In 1981 when Ratten had yet to be released, Chipp said Winneke denied the conversation had taken place. Later, a member of the Supreme Court at the time of Ratten’s trial, told Tom Molomby Winneke had wanted to remove the jury from the trial. Such a move would require a belief that the evidence would not support a guilty verdict. Ratten served his sentence, was a model prisoner and was released in 1983 (whereupon he worked as a surveyor in Queensland).

In 1981, two years prior to his release, Ratten was advised he would likely be released and was given time on regular day-release opportunities to find a job, which he did. Then he heard via the radio that he would not be released. Politicians making the decision had allegedly been pressured by Victoria Police to not release Ratten. Further examination of the unfired cartridge was undertaken, with the view that it was indeed a reload cartridge, and he was released soon after.

Looking for a present with a difference for you Mum this year?  Why not “incarcerate” her in the Geelong Gaol for the evening.

At 8pm, be led on a 90 minute tour by one of our costumed guides talking of the gaol’s history, prisoners stories, executions and of course, the ghost stories, through the darkened halls and cells of an intact 19th century prison.

At 10pm, our investigators will take Mum to the “hot spots” of the gaol to use the paranormal equipment to try and capture evidence that the paranormal truly does exist!  This experience lasts for 2 hours.

Or if Mum is unable to join us on Mothers Day, why not purchase a gift voucher.

Twisted History have some special investigation tours and of course Mothers Day coming up in the next week or so.  Have you booked your spot yet??

Join us at the Blackwood Hotel for dinner, Cemetery Walk and an investigation in areas of the hotel not normally open to the public.  This tour runs on the first Tuesday night of the month.

Why not treat Mum to a Mother’s Day with a difference by bringing her on a ghost tour of the Old Geelong Gaol or if the paranormal is more to her liking, a 2 hour investigation tour of the Gaol.

For more information or bookings on any of these tours, please call 1300865800 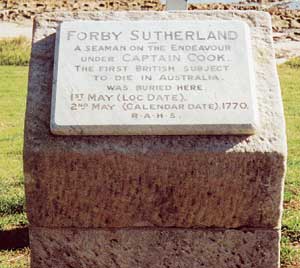 Ramsay admitted that under the name of Edward Moloney, he had been convicted of illegally using a motor car on the 1st of May 1930, and sent to Geelong Gaol.

Eric Harris Brockwell, aged 24 years, a clerk, was arrested by Senior Detective Sickerdick, and charged on this day in 1930, with having murdered Horace Thomas Walpole, motor-car driver, who was shot in his car on the Queenscliff road. Brockwell was taken to the Geelong gaol

A man named Martin Carlon undergoing a term of imprisonment in the Geelong Gaol died on this day in 1903. An inquiry was conducted, and a verdict returned that death was due to an apoplectic seizure.

A man on remand until to-morrow on an extradition hearing appeared in the Central Court today charged with having murdered a woman in Melbourne on May 1.

He is Raymond Patrick O’Connor, meat worker, of Castlereagh Street, City, who is charged with the murder of Shirley Bowker, 31, of Dight Street, Collingwood, Victoria.

The court was told that Mrs Bowker was fatally wounded after several shots were fired into a crowd following a brawl outside a Richmond hall.

Raymond Patrick O’Connor was again refused bail when he appeared in the City Court today charged with the murder of Mrs Shirley Bowker, 31, on May 1. He was remanded to May 31. Mr K. Colenian, for O’Connor, said his client would report to police twice daily if allowed bail.

After a retirement of nearly seven hours to-night the jury in the Glen Valley murder trial failed to agree. Mr. Justice Barry said that a trial of the case would take place at Shepparton Supreme Court on October 24. Alfred James Hodgkins (32) is charged with the murder of Donald Forsythe (30) at a hut in the lonely Joker Mine area at Glen Valley on May 1.