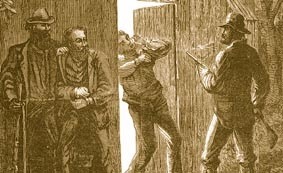 The Siege of Glenrowan – Day One
Scroll to top Book online now!