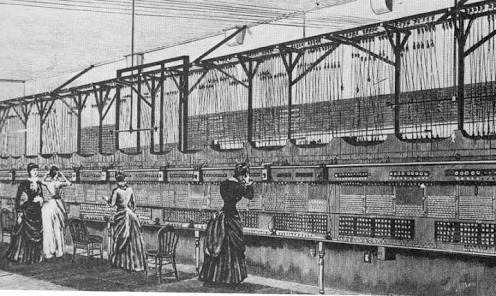 Alexander Graham Bell’s demonstration of the first practical telephone in 1876 had ramifications worldwide within a very short period of time. For a continent separated by thousands of kilometres from Bell’s achievements, Australia was very quick to embrace telephony. The concept of one’s voice being carried over long distances, and the fact that a telegraph operator trained in Morse Code was no longer required to decode telegraph signals in order for messages to be relayed promised major benefits to the colonies which had grown up with a sense of isolation from the rest of the world. Experimentation with the telephone commenced in Australia between 1786 and 1788. Early tests were conducted by Charles Todd, South Australian Government Astronomer and Postmaster General, and a leading figure in the development of telegraphy and telephony in Australia. Transmissions enabling the human voice to carry over distances of up to 400 kilometres were successfully trialled. In 1877, Bell published the details of his telephone in the “Scientific American”. Following this publication, people from around the world – including the Australian colonies – were quick to develop their own telephones. Melbourne was the first Australian city to install a commercial telephone. This was undertaken by engineering firm Robison Bros between their office in Melbourne city and their South Melbourne foundry. The first telephone exchange was also opened in Melbourne on 28 June 1880. When the Melbourne Telephone Exchange Company was formed by W.H Masters and T.T. Draper, with 100 lines, line no. 1 was assigned to Robison Bros. Brisbane was the next city to open a telephone exchange, and by 1887 each of the capital cities had its own exchange.