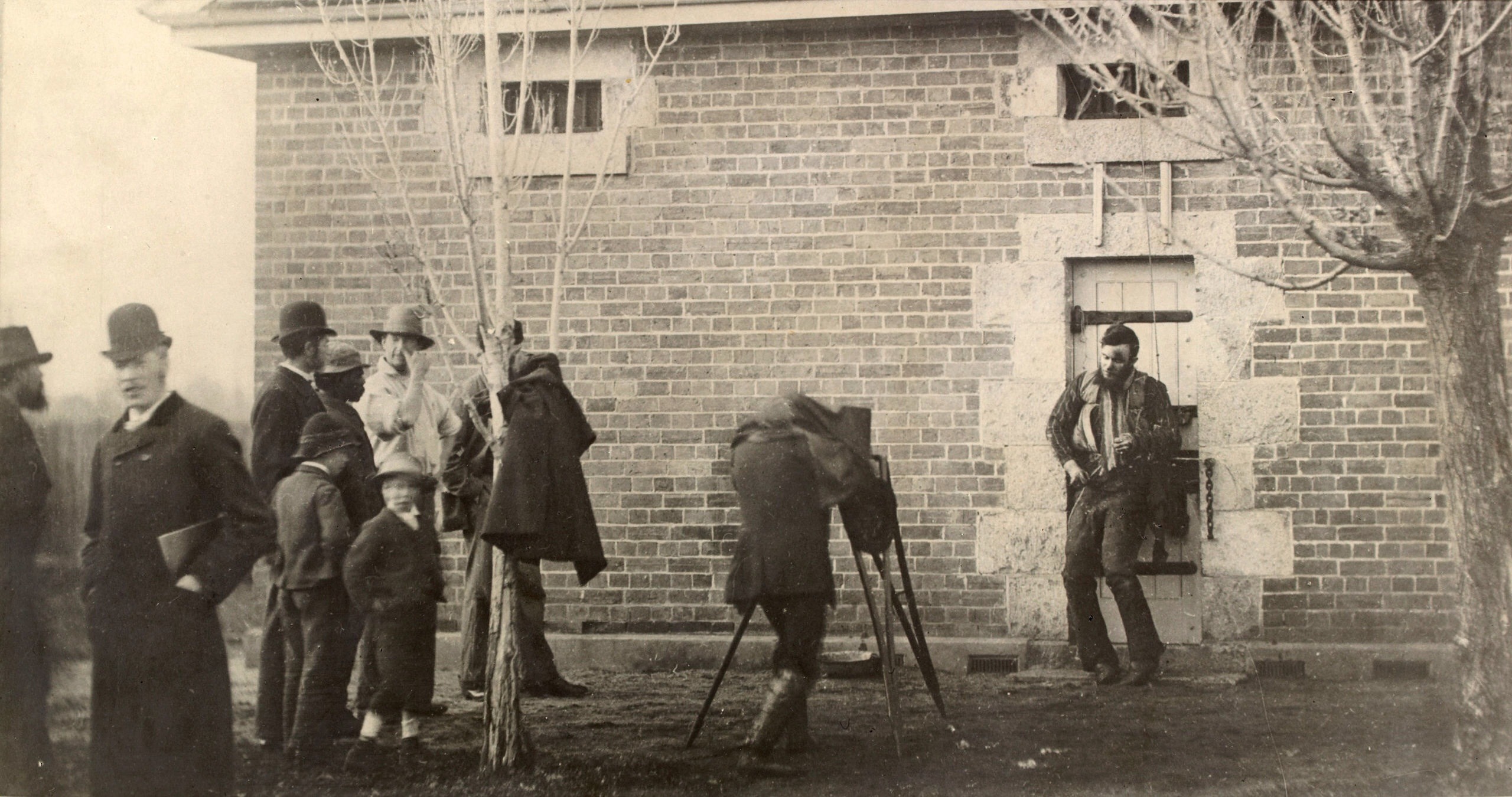 On this day in 1880, the notorious bushranger Ned Kelly was taken be train to Melbourne and lodged in what is known today as the Old Melbourne Gaol hospital, where a temporary court was set up, so that Ned could be formally remanded. The bodies of Steve Hart and Dan Kelly were collected by their family’s and buried in the Greta cemetery, without interaction from the Police. But what was most bizarre was Joe Byrne body was taken by train to Benalla and was strung up on the door of the Benalla’s police lockup for public viewing. For a small price one could get their photo taken with the dead bushranger. On this night Byrne’s body was taken down and buried out side the Benalla cemetery.