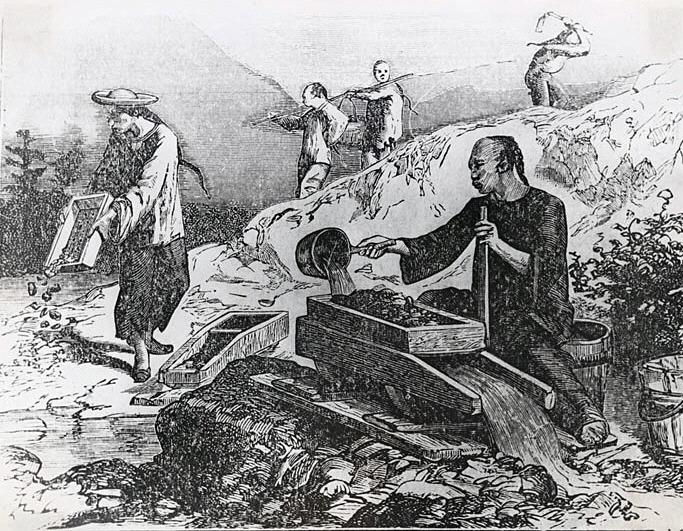 Ah Choey, Ah Lem and Ah Fook were at Gee Jack’s house in the Chinese camp in Minyip on the night of 6 July 1889. Gee Jack ran the camp’s ‘opium shop’.Jessie Ah Chin was there smoking and drinking with some other women and Chinese men. Ah Fook entered the room where she lay on a bed with Ah Chi. Ah Fook struck Jessie with his hand. ‘What did you strike me for, I’m not your wife!’ she demanded. He struck her again.Ah Lem told him not to hit her saying, ‘If you are strong enough come with me and I’ll fight you’. Ah Fook backed down.Ah Lem and Ah Choey left Gee Jack’s around 11.00 pm but returned later threatening to knock down the door. Witnesses reported a brawl involving the three Chinese men. Next morning Ah Fook was found dead in the street.Ah Choey and Ah Lem were convicted of manslaughter and sentenced to five years hard labour.