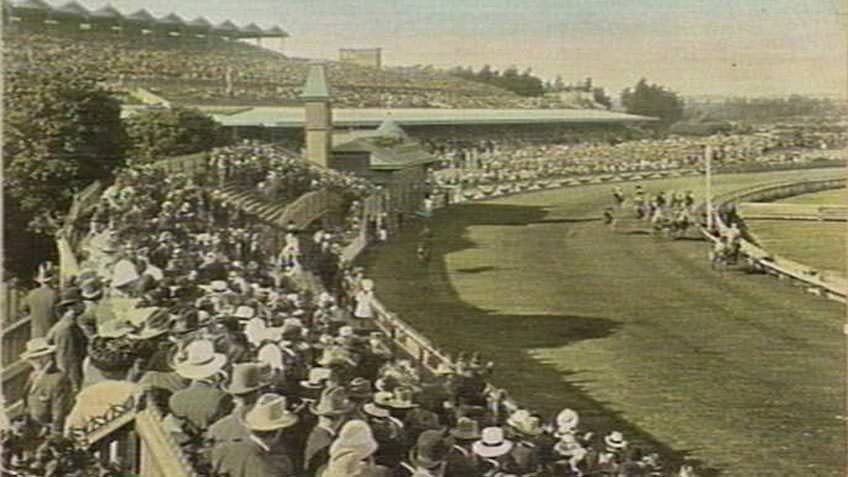 An alleged “welsher,” Donald M’Leod, was killed by the crowd at the Flemington Racecourse on July 14. The victim was a single man, aged 23. He made 27 bets on the Grand National Steeple Chase, 16 of which were on Decoration. As the race was finishing, M’Leod got off a box he was standing on, and walked away. Some one cried “Welsher!” There was à rush for M’Leod, who was knocked down. The crowd then set on him, and literally kicked him to death. His head was battered, his nose smashed, and his neck broken. Several tried to rescue the unfortunate, notably T. Nelson, a well-known Sydney boxer but the fury of the crowd was too great to stem. Two troopers and several foot police managed to clear the ring round the man, who was carried to the casualty room, where the terrible injuries were revealed. A post-mortem examination of the body of M’Leod showed that death was due to suffocation, resulting from the dislocation of his neck.