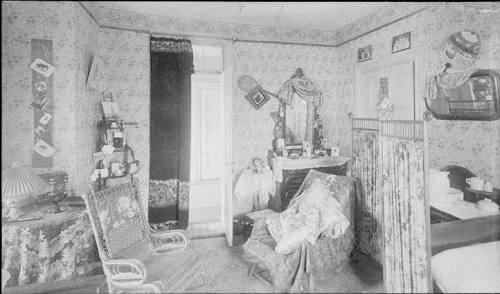 A coronial inquiry into the death of Catherine Dorman, 24, a machinist, in a boarding house at Windsor on July 19 was commenced by Dr Paull, of the Alfred Hospital, said that the girl did not die until July 26. During the time in hospital she kept murmuring “Why did you do it John” and clearly indicated ‘John’ had been responsible for her injuries, which could have been inflicted by a man wielding lead pole which had inflicted extensive injuries. Nellie Burke, said that the deceased had taken a room at her house early in June, and a man who she introduced as Boles visited her frequently. “At 11 p m on July 19,” said the witness ‘I heard screams from Dorman’s room. The door was ajar and I saw Miss Dorman standing at the foot of the bed with her hands crossed on her chest and her head bowed. Boles was standing at the foot of the bed bolting hei willi a piece of lead piping ” Witness said that she ran in and struggled with Boles who hit her on the neck and head with the piping. She began to lose her senses and called for assistance. The coroner returned a verdict of murder and directed a warrant to be issued for the arrest of Boles whose whereabouts are unknown to the police.