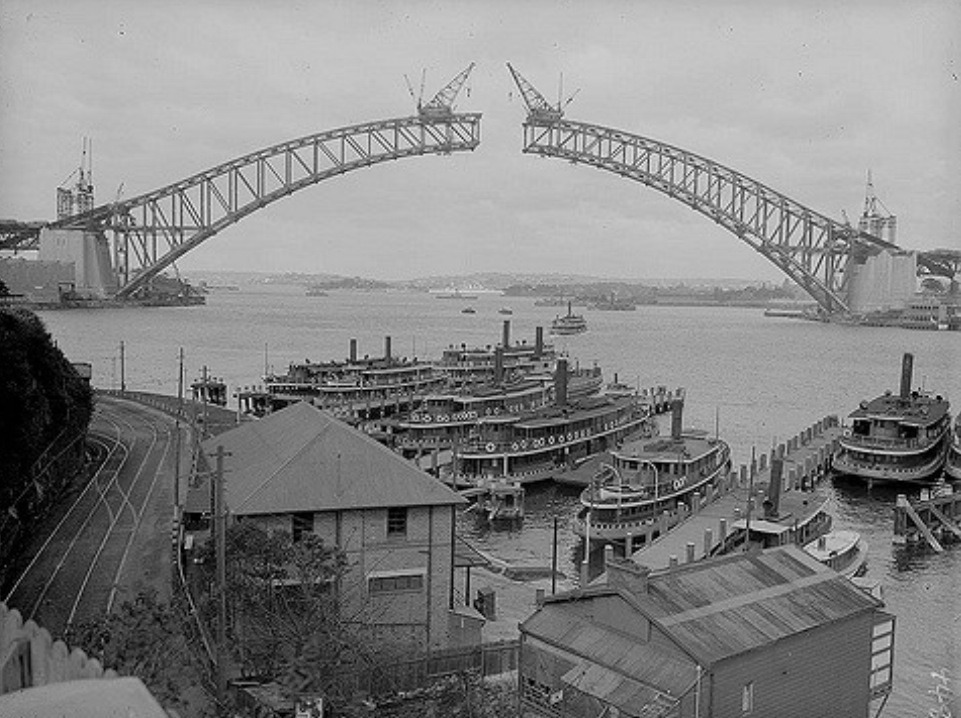 The Sydney Harbour Bridge connects the Sydney CBD with the North Shore commercial and residential areas on Sydney Harbour. It is the largest steel arch bridge in the world, though not the longest, with the top of the bridge standing 134 metres above the harbour. In 1912, John Bradfield was appointed chief engineer of the bridge project, which also had to include a railway. Plans were completed in 1916 but the advent of WWI delayed implementation until 1922. Workshops were set up on Milson’s Point on the North Shore where the steel was fabricated into girders. Granite for the bridge’s construction was quarried near Moruya. Construction of the bridge began on the 28th of July 1923, and took 1400 men eight years to build at a cost of £4.2 million. Sixteen lives were lost during its construction, while up to 800 families living in the path of the proposed Bridge path were relocated and their homes demolished when construction started. The Premier of New South Wales, Jack Lang, opened Sydney Harbour Bridge on the 19th of March 1932.