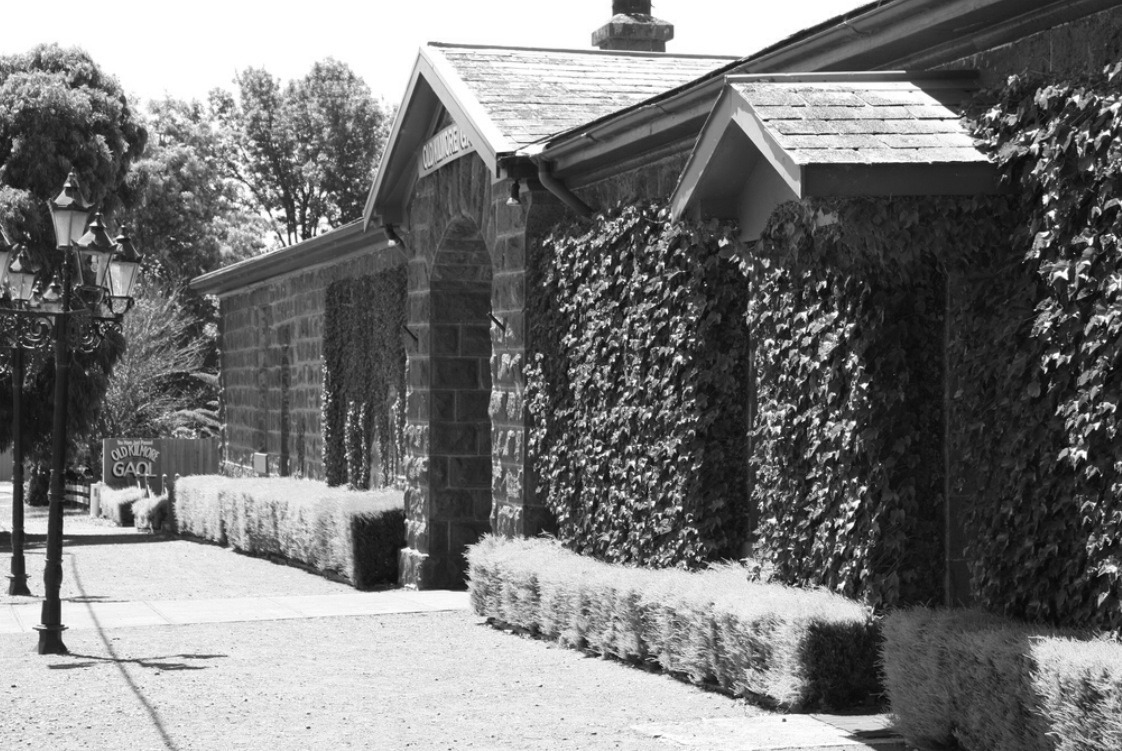 On Friday the 29th of July 1859, the Kilmore gaol was opened for the reception of prisoners, after having taken a year and nine months to build. The buildings are surrounded by stone walls 16 feet high with half-round coping, and guard house overlooking the yards, which were also surrounded by stone walls of the same class, but even then prisoners made their escape. The dimensions of the building were 54 feet by 26 feet. The whole building was divided into eight compartments—four large and four small. There was four small cells for the prisoners, two on each side of the gaoler’s room which is in the centre.” At that time and for some

years afterwards some of the worst criminals in Victoria were sent to Kilmore for safe keeping, but from the time of the destruction of the Kelly gang of bushrangers in June, 1880, the building had been little used until the Kilmore dairy company took it over for a more peaceful purpose than keeping prisoners. The company paid pretty heavy rent for years, until they purchased the property from the Government for the small sum of £300, and paid cash down, so they secured the place for a mere song. It was intended to gradually make alterations and improvements until the place is an up-to-date butter factory, and about the first alteration will be the pulling down of the stone walls, the Kilmore shire council having agreed to purchase the stone broken into 2½ inch metal for road purposes in quantities required, at 5s per yard stacked at the factory.