This day in 1882 saw Yarrawonga covered with snow. When Mr Gourlay brought his Cobb and Co coach into town from Benalla, he had to runa gauntlet of snowballs, pelted by the young of the town. The snowfall, by the time it had finished, covered much of south eastern Australian.

An Australian emu escaped from a farm in the Marlborough Sounds in New Zealand’s South Island in November 2010. The local cop was called and when he arrived on the scene he saw the emu chasing a group of kids down the street in Ocean Bay. With the help of a few locals the emu was herded into a paddock until he was taken back to the farm.

Two Australian police officers in Canberra, used pepper spray to fight off a rogue kangaroo that had attacked an elderly woman in her backyard in an Outback town, on this day in 2011. The 94-year-old victim, Phyllis Johnson, was taken to a hospital for treatment for cuts and bruises after the attack Sunday afternoon. She told The Courier Mail newspaper that she tried unsuccessfully to fight the kangaroo off with a broom after it attacked her while she was hanging her laundry. “I thought it was going to kill me,” she told the newspaper from her bed in Charleville Hospital on Monday. “It was taller than me and it just plowed through the clothes on the washing line straight for me.” She said the kangaroo knocked her to the ground before she crawled to her house, where her son called police. Perkins said the first police officer to reach the backyard was forced to spray the kangaroo to avoid being injured. “The animal jumped away, then saw another officer at the back of the police car and went for that officer, and he also had to deploy his capsicum spray – so the roo had to get sprayed twice,” he said. “After that, it hopped away from the scene, but police could still monitor its location – it didn’t go too far.” 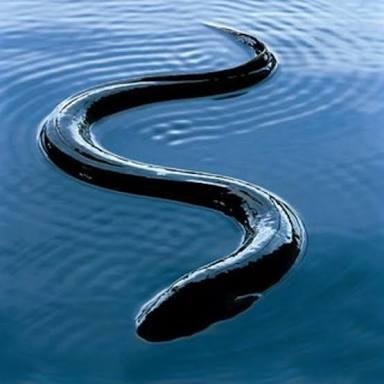 Kevin Butler lived in the US with his Aussie cockatoo Bird as a pet. Kevin was found dead one day in 2002 with multiple stabwounds and Bird was found dead in the kitchen with a fork in his back and a leg cut off. Police later charged Daniel Torres with the murder, having found his DNA in Bird’s beak. It turned out that while Daniel tried to kill Kevin, the Aussie superhero Bird violently pecked at Daniel’s head and clawed at his skin in a desperate effort to save his owner!

In November 2009 it was reported that up to 6000 feral camels in search of water had invaded Docker River, a small Aboriginal community of about 350 people located about 500km southwest of Alice Springs. Local residents had been afraid to leave their homes for some time. The camels have torn up the main waterpipes and sewerage pipes, made the town’s airport unusable and contaminated the town’s water supply.

The Northern Territory government decided to take action and announced $49,000 in emergency funding for a cull in which helicopters will be used to herd the animals outside the town, where the camels will be shot and left to decay in the desert.

James McAllister, convicted at the last Criminal Sessions of the murder of Jane Jones, a woman with whom he formerly cohabitated, was executed at the Melbourne Gaol. About 500 persons were present outside the gaol to witness the execution. McAllister was transported out to Van Diemans Land in 1842 being then about fourteen or fifteen years of age.

Australian Serial Killers have an interesting history, from convicts to modern day.  Australia first recorded serial killer was Alexander Pearce in 1822 in Tasmania.  All state and territory’s but the ACT have experienced serial killers.  This graph show which states of Australia have had the most serial killers.