Two origins have been suggested for the name of New Zealand’s rugby team, the All Blacks. One theory is based on the fact that Maoris have been included in the team since the first overseas tour in the late 1880s. The other suggestion origin goes back to 1905 when an English journalist cabled that the team played like “All Backs” and a transmission error resulted in the letter L being inserted.

Although residents on Lord Howe Island loved a happy life free of taxes and rates, the man of each household was committed by law to set a side a day a week to catch rats.

While cutting up a goose, Roy Stewart from Warooka, South Australia, butcher found a gold nugget in the giblet bag. He brought dozens of others from the same source hoping to repeat the find but he never again found the goose that laid the golden egg………

There was a startling development in the Tarrawingee murder mystery, when Leo Alphonse Starr (18) was charged in the Wangaratta Court, with the murder of Katherine Starr (72) on July 21 whose body was found in deceased’s house on July 28. At 8 o’clock this morning Detective Lee arrested the accused at a hut at One Mile Creek. In Court to-day, Detective Lee stated the accused had made a full confession. The accused was remanded to Melbourne on August 9.  Starr is a short dark youth, a nephew of the dead woman. The police say she was killed by a hit on the head with an iron pin from a plough. When asked by the Magistrate if he had anything to say, Starr replied, in a listless voice, ‘I don’t care. I am satisfied with the remand.’ Starr is one of three brothers. The mother lives in Sydney and the father has been dead for some years. He came from Sydney over eight months ago and secured employment on a farm at Tarrawingee. Although his employers had a high regard for him, he left his job recently and has been out of work living in an old hut with other unemployed, about a mile from Wangaratta. On Saturday, Starr attended the funeral of the murdered woman. 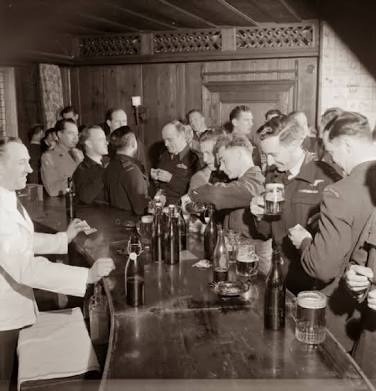 On a charge of murdering a man who had every bone in his face broken, a soldier, Cecil John Freeman, was committed for trial in the Coroner’s Court. Freeman appeared in custody at the inquest on Ian Gordon Jeffrey, 25, who was injured in a disturbance on July 21 and died in hospital on August 4. Death was due to a fracture of the skull, acute meningitis and pneumonia. Police alleged Freeman had blood on his boots. Freeman has alleged he said he attacked Jeffrey because he was paying attention to Mrs. Freeman.

Eager anticipation could sum up the mood of the in the crowd at Her Majesty’s Theatre in Melbourne on this day in 1916, lured by the promise of colour movies. The process was called Kinemacolour. It concentrate it’s cameras on pomp and pageantry in exotic locations, the Princes of India and their extravagant displays of wealth and power, the great cities of the world, and the outposts of the Empire. Admission price were one shilling, two shillings and reserved seats at two shillings and sixpence.

During an Football match in Brighton, in Victoria in the early 1920s, Arthur Hando, who later played for South Melbourne, products a mighty kick which sent the ball high out of the ground and straight in through the open window of a passing train. It was never returned, despite frequent checks with the Lost Property Office.

Saint Nicholas Church original site was approximately 2km north of Henton Cottage on Old Coast Road.
An interesting reminder of the early days is the historic Church of Saint Nicholas.

Built by James Narroway in 1840’s circa as a small workman’s hut where he lived with his wife Sarah. Later in 1848, it was used for a church and on the festival of Saint Nicholas in 1993, the church became a parish in it’s own right then converted to a Congressional Chapel by John Allnutt (whose home can be seen nearby) prior to 1860’s and dedicated to the Church of England in 1915. Made of Jarrah and measuring only 3.8 × 6.7m, it claims the distinction of being the smallest church in Western Australia. It was the only building then available for settlers to use as a place of worship.