On Tuesday the 16th October 1855 John McCabe was found guilty of the wilful murder of Lewis Walker at Snake Valley. Lewis who was once an officer in the army had come to the diggings where he made a considerable sum of money, until the mine he was working with Sherwin collapsed, losing everything. On the 28th of August 1855 both Lewis and Sherwin stopped at John’s house where they resided for 3 nights. On the night of the 31st August, when Lewis was asleep, John struck him in the head with an axe, which caused instantaneous death. Sherwin at the time was very drunk and slept through the attack. Afterwards John went to the Bush Inn, and on being asked where Lewis and Sherwin were, he replied he had left them fighting in his hut. At first it was believed that Sherwin had murdered Lewis, and was taken into custody but later released and the sentence of death was passed onto McCabe. John was tried at the Supreme Court in Beechworth by the Honour Justice Williams and was found guilty by a jury of his countrymen, and was condemned to suffer the extreme penalty of the Law. However during the hearing John had no legal representative even though he had hired and paid for Mr Campbell as his defence. For some unknown reason, through want of time or through neglect, the solicitor did not make his appearance in time for the trial. At this point in time John had been in prison for thirteen days. On the day of the trial John had not been able to instruct a second Attorney. The prisoner attempted to obtain the services of Dr Mackey, barrister, but Mackey had no time to make himself acquainted even with the facts of the case at the time proceedings commenced. Dr Mackey applied, under the very serious nature of the charge, for a postponement of the trial until the following session of Court. His application was successfully opposed by the Crown prosecutor on the grounds of expense, the difficulty in securing all the witnesses at another time and the minute precognition that had been made before the magistrates at Beechworth. Dr Mackey then applied to have the trial postponed for a day, that he might have time to peruse the voluminous depositions, but with no better success. Dr Mackey next applied for an hour’s delay but this application was equally unavailing. Given the circumstances, Dr Mackey declined the responsibility of defending the prisoner. John then applied to the learned Judge to assign him counsel, but his Honor could not direct any counsel to undertake such a responsibility. Therefore, John did not obtain the services of counsel at all, while the full weight of the law was allowed to proceed.

John was sentenced to hang on the 24th of October 1855 in Central Gaol Melbourne. However due to the injustice carried out in the Court room, a petition was signed and delivered with a letter to the Governor General of Victoria, His Excellency Sir Charles Hotham. The petition urged the Governor General to extend the royal prerogative of mercy to the convict John McCabe. John was saved and released, returning once again as the local butcher.

The charge of murder preferred by the police against Henry Stevens, in connection with the death of Elizabeth Johnstone, at Ballarat on August 31, has been withdrawn.

The charge of murder preferred by the police against Henry Stevens, a collector of marine stores in connection with the death of Elizabeth Johnstone, at Steinfeld street, on August 31, was withdrawn when the accused appeared at the city court this morning. Stevens had been arrested principally on a statement made by Mrs.Croft, a neighbour of the deceased. She said that between 6 and 7 o’clock on the evening of the day mentioned a man, whom she believed to be Stevens, quarrelled with Johnstone, when threats were made and a noise as of a fight, ensued. When the case was called on to-day, Superintendent Young stated that inquiries made by the police had satisfied them that Stevens was not in any way responsible for the woman’s death. The accused was then discharged.

Subsequently the inquest into Johnstone’s death was resumed, before Mr. W. Dickson, P.M., and a jury of seven. Several witnesses gave evidence, but nothing fresh was adduced. A further adjournment was then made till Tuesday.

Jason Carson, a laborer, aged 75 years, died at 3am on this day in 1920, at the Geelong Gaol. He was convicted at Ballarat on August 24th for being idle and disorderly, and was sentenced to six mouths’ imprisonment at the Geelong Gaol. He was received here on August 25th and since his arrival had been under the care of Dr. Croker. Mr. W. R. Anderson will hold a formal inquest this morning at 11.30 o’clock. The last death at the Gaol occurred a month ago, and pre- vious to that there had not been a. death for some years.

The first cat to arrive in what would become the state of Victoria arrived on this day in 1835 on board the Enterprize. Enterprize set sail on her historic voyage from Launceston on July 21, 1835, stopping at George Town in northern Tasmania before arriving at the future site of Melbourne on August 30th. The cat belonged to Mary Gilbert with of James the blacksmith. The cat was known as Gilbert, the Tassie tabby. 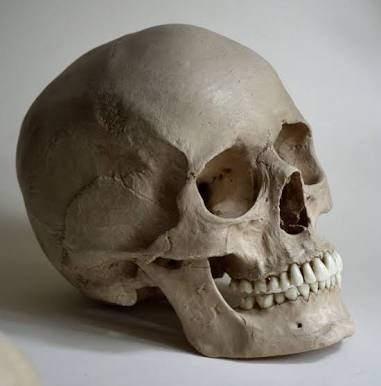 On the 30th of August 1954 Dr. K. Bowden, pathologist, and his deputy Mr McLeod traveled to Beechworth to examine a skeleton found in the bush. Police believe the skeleton which had been scattered by wild animals was a female patient by the name Frances Eileen Debson from the Beechworth Mental Hospital who escaped two years earlier. The remains were brought back to the hospital to be examined.

Evelyn Marsden, was born on the 15th of October 1883, at Stockyard Creek about 80 km north of Adelaide, in South Australia. As a youth, she learned to row a boat against the tides and currents of the Murray River while visiting a farm at Murray Bridge, South Australia. Marsden was the only Australian female survivor of the sinking of the Titanic and was rescued in lifeboat 16. After the Titanic disaster She returned to that farm to thank the family for teaching her to row and handle a boat properly. Following the Titanic she married Dr William Abel James, who had worked for the White Star Line and moved to Bondi, Sydney, where my husband continued work as a Doctor. Marsden died on the 30th of August 1938, with my husband passing away soon after and we are both buried at Waverley Cemetery, Sydney. We had no children.

An attempt to break into the Geelong gaol was frustrated, and a man named John Richardson arrested inside the gaol wall. He got over with a ladder, which broke on the inside, and the noise attracted the warders. The man had a confederate, who escaped, but the police expect to make further arrests and to get a swag. Richardson was only recently discharged.